NASA overpaid Boeing for hundreds of millions of dollars: Auditor 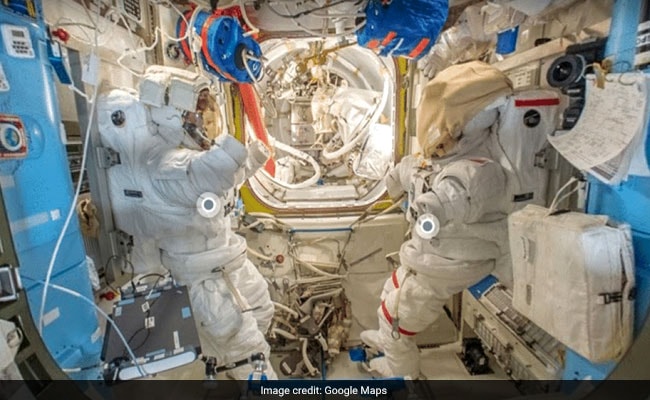 NASA has "overpaid" Boeing hundreds of millions of dollars in a fixed contract to develop a spacecraft to transport astronauts to the International Space Station (ISS), according to an audit report, a compensation it called "unnecessary."

The US has relied on Russia to transport its crews to the ISS since the end of the Space Shuttle program in 2011, but has hired Boeing and SpaceX under billions of dollars, with both companies already two years behind schedule.

"We found that NASA has agreed to pay an additional $ 287.2 million above Boeing's fixed prices to mitigate a perceived 18-month gap in ISS flights scheduled for 2019," said the inspector general's report released Thursday.

"We questioned $ 187 million of these price increases as unnecessary costs," he added.

The auditors determined that the amount of additional expenses was not necessary because the risk of this gap was minimal, and SpaceX was not given the opportunity to propose a solution, "although the company offered shorter lead times than Boeing."

Moreover, NASA did not consider in its analysis that they could overcome any perceived shortcoming by buying more seats directly from Russia or Boeing.

In fact, five days after NASA pledged $ 287.2 million, Boeing proposed to sell five NASA seats on the Russian Soyuz spacecraft during the same mission period, a sale completed for $ 373.5 million. according to the report.

But the report's authors added, "We recognize the benefit of hindsight and appreciate the pressure faced by NASA managers at the time to keep the program on schedule as far as possible."

The Commercial Crew Program has been affected by delays as both companies face safety and technical challenges.

In May 2019, Boeing and SpaceX contracts were valued at $ 4.3 billion and $ 2.5 billion, with each company awarded six round trips to the ISS.

Assuming four astronauts per flight, the inspector general estimated the average cost per seat at $ 90 million for Boeing and at $ 55 million for SpaceX.

NASA disputed the findings, saying in a written response that "we do not agree that the dollar amounts quoted were questionable, unnecessary or unreasonable."

The report was also a blow to Boeing, which is in the midst of one of the most severe crises in its history following the grounding of its 737 MAX aircraft after two recent crashes killed 346 people.

The aerospace giant has been criticized by critics who say it has rushed production of the plane to match its Airbus competitor, compromising safety.

Responding to the report, Boeing defended its extra revenue for NASA, saying it offered "additional flexibility and schedule resilience."

He also disputed that his average cost per seat was $ 90 million, saying the actual value was "significantly lower" but declined to give a price.