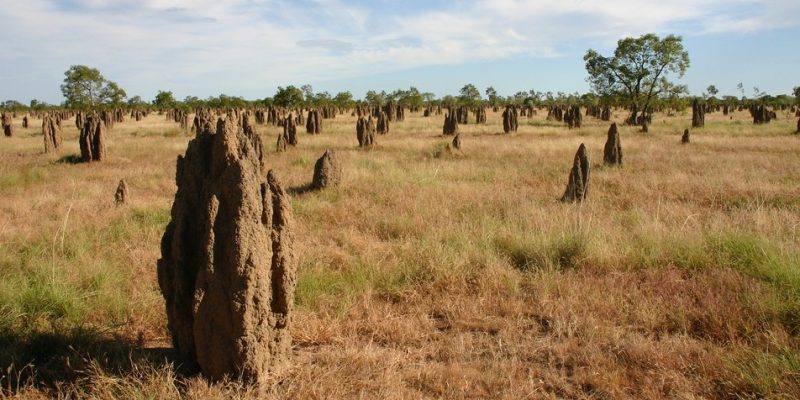 When it comes to building sustainable buildings, humans have a lot to learn from termites. A recent study my colleagues and I published in Science Advances explains how some African termites maintain low and steady temperatures in their nests throughout the year. The answer lies in the wall of the nests, composed of tiny but highly connected pores.

Today's architects and builders continually seek new and improved ways to cool buildings without using more energy. In fact, growing demand for air conditioners is one of the most critical blind spots in the current energy debate – it was projected that 10 new air conditioning units will be sold every second for the next 30 years. As the planet warms, people will increasingly need to build sustainable buildings that do not rely on large amounts of energy for air conditioning.

That's where the termites come in. Termites – not to be confused with their distant relatives, ants – are insects with sophisticated social structures built on hierarchies – they have kings, queens, workers, and soldiers. As humans, these cousins ​​prefer to build their own environment instead of adapting to one. For example, some termites dominate the sustainable creation of fungi, which helps them to digest their food. One can also find termites that live in arid regions that may be hostile to their bodies. To combat this hostile environment (and in some cases to support fungus cultivation), they build structures that are sufficiently cold and humid – these are the famous mounds or nests.

For these reasons, termite mounds have been widely studied as examples of effective ventilation and temperature control. However, exactly how they built their buildings until recently remained a little misunderstood.

Some termite species, those that grow fungi, build imposing nests that are ventilated by a complex system of tunnels and openings. These tunnels regulate the ventilation of nests in the same way that chimneys and windows work in a human home. In fact, some buildings were inspired by termite nests, such as the Eastgate Center in Zimbabwe, which successfully uses 90% less energy than a similar sized building on the side.

But termites that do not grow fungi build nests that look smooth and have no apparent openings. Nevertheless, ventilation remains important for these termites. Until recently, it was not clear how these termites managed to keep the air circling around their nests to prevent suffocation.

Structure is fundamental for ventilation of nests

That's what colleagues and I – a team of biologists, engineers and mathematicians in France and the United Kingdom – decided to investigate. Our research has found that the small building blocks that make up the nests themselves are optimized for these processes to occur naturally and effectively.

We focused on a non-fungus-growing, termite-grassy termite, and began by digging nests we found in Senegal and Guinea, West Africa. Nests are made of soil particles mixed with water and termite saliva. Although there are no apparent openings, the walls are composed of micrometer-sized pores.

We took tiny samples of the nests and placed them under an X-ray micro-scanner similar to that used in hospitals – but capable of scanning at much more refined resolutions. This revealed that termites build external walls that contain small pores and a series of slightly larger and interconnected pores. In fact, about 99% of porous space was connected.

Using the X-ray scans, we were able to create a digital version of the nests, much like the digital worlds in computer games. Next, we simulate the nests under the conditions in which these termites live – dry in Senegal and wetter in Guinea.

We have found that the connections between the large pores allow the air to "run" through the outer wall in the same way that the coffee is stretched through a filter. This is critical for ventilation and temperature regulation.

By creating small ventilation passages, the pore nests control the gas exchange in a manner similar to the human lungs. But where a pair of lungs empties and swells to direct ventilation, in these nests the air enters and exits by temperature differences between the inner nest and the outside world.

We do not yet know whether termites create these interconnected pores following simple construction rules or as a consequence of physical constraints resulting from the way the soil pellets are grouped. But our research suggests that it is the structure, not the material used, that is critical to ventilation. Especially considering that the samples from the two regions are composed predominantly of different materials (sand in Senegal and clay in Guinea).

The challenge now is to derive the same design principles and extend them to humans. No one wants to live on an exact copy of the nest of a termite, complete with fungal chambers. But learning from termites may involve the creation of new synthetic building materials with connected pores. It is important to remember that human ingenuity allows us not only to copy forms found in nature, but to simulate the mechanism by which such forms emerge.

This article was republished in The Conversation under a Creative Commons license. Read the original article.