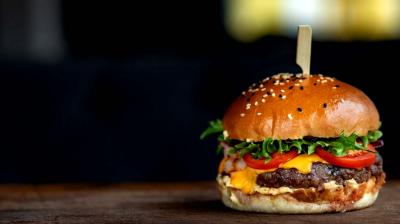 Stressed during exams? Consumption of junk food may be the reason.

Washington: While it becomes almost impossible to suppress these cravings for junk food during university exams, submitting to those cravings may not be the best thing to do. According to the recent study, increased stress during college exams is associated with eating a poorer diet, including fewer fruits and vegetables and more fast food.

"Stress has been implicated in a poor diet.People tend to report overeating and consume foods high in fat, sugar and calories in times of stress.Our discoveries by observing the eating habits of students during the testing periods confirm this induced stress . " hypothesis of deterioration of the diet, "said Nathalie Michels, lead researcher of the study.

According to the researchers, a healthy diet is needed for optimal academic and mental performance. "Unfortunately, our findings suggest that students find it difficult to eat healthy and find themselves having poor eating habits, which in a few weeks can considerably affect their overall health and be difficult to change," Michels said.

As part of the study, researchers investigated the relationship between the stress of the test and the change in diet quality, and whether these associations were modified by psychosocial factors such as eating behavior (emotional / external / contained), food choice, preference of taste, reward / sensitivity of punishment, impulsiveness, coping strategies, sedentary behavior and social support.

During the one-month examination period, participants found it more difficult to maintain a healthy diet, and only one-quarter complied with the 400 grams of fruits and vegetables recommended by WHO per day. In addition, students who reported higher levels of stress tended to snack more often.

The results suggest that emotional eaters (who eat in response to negative emotions), external eaters (who eat in response to the sight or smell of food), fat / fat lovers, people highly motivated by health (health food). reason for choice), sensitive to reward and punishment, highly sedentary and with higher levels of stress are at greater risk of making unhealthy food choices during this stressful period.

According to the researchers, in order to combat stress-induced eating, prevention strategies should integrate psychological and lifestyle aspects, including stress management (eg, emotional adjustment training, mindfulness, yoga), nutritional education with self-efficacy, eating-hunger awareness and creating an environment that encourages a healthy diet and physical activity.