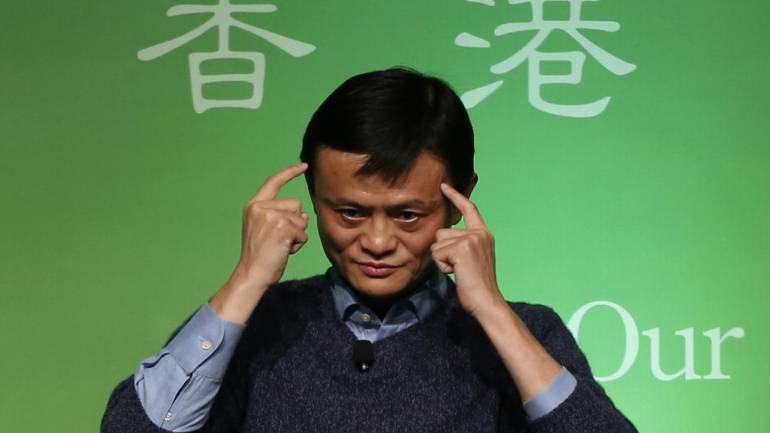 If you happen to have thought of the growing Chinese influence in the Indian economy, you simply can not be blamed. In fact, these instances are simply growing. In addition to being the manufacturing hub of the world and a major source of financing for development projects in emerging markets, Chinese companies are increasingly engulfing the world's Internet economy – where the next phase of world domination is being waged.

The narrative vis-à-vis India, the second largest and fastest growing economy, is not much different. Over the last few decades, Chinese companies have established themselves, especially in technology, to emerge among the top companies.

Chinese companies are also increasingly turning their attentions to Indian companies – through infusion of funds and acquisitions. The last to join the list is Ctrip.com International buying MakeMyTrip (MMT). China's largest online travel company now owns nearly half of India's largest online travel portal, as Naspers has decided to withdraw most of its stake in the Indian company listed on Nasdaq.

This is not the first time Ctrip is investing in MakeMyTrip. In January 2016, the Chinese company had invested US $ 180 million in MMT and now increased its stake by buying most of Naspers' shares in the Indian travel portal.

For Ctrip and MakeMyTrip, the deal makes sense as they will be working together to leverage the best of the two most populous countries in the world, where travel and tourism are growing by leaps and bounds.

Numbers say that. According to a report by Google India and the Boston Consulting Group, India's travel market will be worth $ 48 billion by 2020, from $ 18 billion in 2010. According to the Chinese government's five-year plan, the country aims to generate $ 1 trillion (7 trillion yuan). ) through tourism in 2020, from about 4 trillion yuan in 2016.

But what about the bigger trend?

Ctrip's investment in MMT has precedents in the past this year. In February, China's automaker, Didi Chuxing, injected $ 100 million into the Indian hotel aggregator Oyo.

What can cause the red flags to rise is the fact that the pace of Chinese investment in India has gained momentum in the last two years. Only in 2018, according to data compiled by research firm Tracxn, Chinese venture capital firms invested $ 5.6 billion, up from $ 3 billion in 2017. That was only $ 668 million in 2016.

So who are everyone investing and where?

The table shows everything. Most unicorns in India are being supported by one or more Chinese investors.

But there are a few things to consider.

In the internet age, the data is the new oil and, because it is owned by Indian companies, Chinese companies or investors have this data. It is alleged that Chinese companies have stolen data from India, while the Chinese government would have spied politicians and Indian companies. That, if proven true, is scary. To be fair, this problem is not restricted to Chinese property alone. Investors or companies from other countries may also have control over Indian citizens' data, and the government's e-commerce policy aims to stop it.

It is important to note that Chinese companies and investors have invested primarily in consumer-oriented companies in India. This gives them access to India's income data and consumer behavior, among other things that may be potentially sensitive.

In addition, Chinese companies and investors have their own style of work, which can be easily incorporated into companies that have significant holdings. If that happens, it may not be long before Jack Ma makes Alibaba's investors work 12-hour shifts, six days a week, which he says is a blessing in India.

But as Foreignpolicy.com said in an October 2017 article, "Chinese companies and investors are surprisingly bad overseas investors" because of many reasons including their own restricted domestic environment.

The only pause, however, would be if Indian-invested Chinese companies had access to China – the world's largest consumer economy. But this is not likely, at least in the short and medium term.

While it is too early to say whether Chinese investment in Indian startups is good or bad, if the trend continues, the day may not be far off when India's new economy risks being crushed by China's widespread hand. .