Four pilgrims from Tamil Nadu die on train near Jhansi 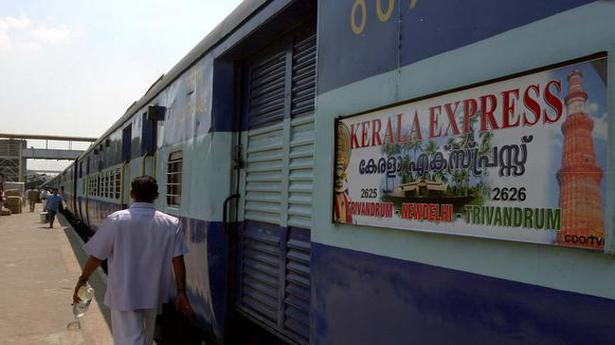 Four seniors from Tamil Nadu, traveling by train from Agra to Coimbatore, died on Monday near Jhansi train station in Uttar Pradesh. The dead were part of a religious tour group in northern India.

The deceased were identified as Pachaiappan, 80, Balakrishnan, 67, Dhanalakshmi, 74, and Subbarayan, 87.

Three of them are from Coimbatore and one from Coonoor.

A fifth member of the group, Kaladevi, 58, passed away before the group embarked on the Kerala Express bound for Thiruvananthapuram in Agra.

According to the co-passengers, the four elderly victims were unable to withstand the intense heat wave conditions prevailing in northern India.

According to officials from the Jhansi Division of the North Central Railway, an emergency call was made to the Jhansi Junction that four people had "passed out" on the S8 and S9 trainers. Immediately, a specialist in railway medicine was kept in readiness.

When the train arrived at the station, the doctor examined the four people and discovered that Pachaiappan, Balakrishnan and Dhanalakshmi had already died while Subbarayan was in serious condition.

He was rushed to the Civil Hospital of Jhansi District, where he later died.

The authorities transmitted information to the Government Railway Police, which opened a case and completed the post-mortem examination at Jhansi Civil Hospital.

The bodies were handed over to members of the group and sent to Coimbatore in a separate bus on Tuesday.

The manager of the Jhansi Divisional Railroad, Neeraj Ambisht, visited the station and instructed officials to provide all necessary help to the victims.

According to the Jhansi Division Public Relations Officer, the train departed from New Delhi at 11:25 a.m. on Monday and arrived at Agra Cantonment at 8:15 p.m.

However, on learning that passengers were having health problems, the train, which had a journey time of 210 minutes and should have arrived in Jhansi at 5:40 pm, arrived almost one hour ahead. Regarding the cause of death, PRO said the post mortem report has not yet been released.

One of the organizers of the tour, who declined to be identified, said that every year a large group of Coimbatore visited several places in northern India in May. This year, the group of more than 100 people traveled to Agra and Varanasi.