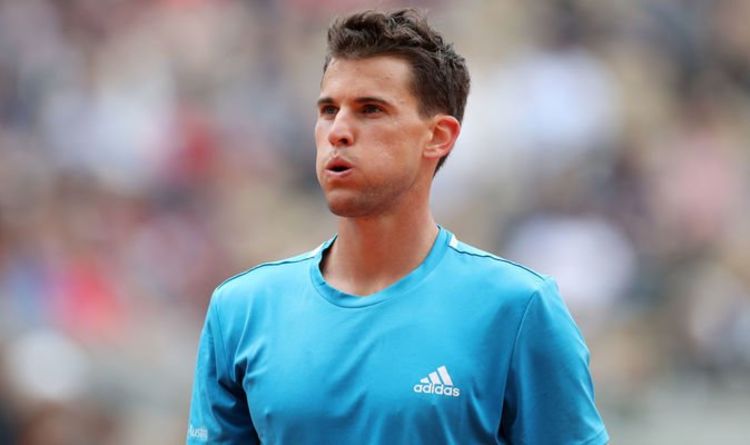 Thiem was kicked out of the main interview room of Roland Garros after his third-round victory against Pablo Cuevas.

The Austrian was leading the German part of his duty when Williams refused to wait for the room to be cleared.

Tournament officials moved Thiem to a smaller facility and he got annoyed saying "It's a joke" before refusing to end his press conference.

Williams fell to a shocking defeat for Sofia Kenin and insisted on leaving Roland Garros as soon as possible.

Most of the tennis players, including Roger Federer, came out in support of Thiem.

And the world number 4 shook the pot again by ridiculing the 23-time Grand Slam winner.

"I feel a little sad about what happened," he joked.

"Maybe we can play mixed doubles at Wimbledon one day."

Thiem has shown some respect for the American, but he still has bad feelings about the situation.

"I want to make it clear: what Serena has achieved in her career is out of everyone's imagination," he added.

Thiem reached the final of the French Open, where he lost to three-time champion Rafael Nadal.

The pair won one set each, before the Spaniard headed for a break in the bathroom. After his return, Nadal invaded the victory giving only two more games.

"I made a small mistake at the end of the second set because I did not leave the court too," thought Thiem.

"I should have refreshed myself as well, instead of letting my system cool. Rafa let me pay for it. "

The 25-year-old spoke at a news conference this morning, where he confirmed his presence at the Halle Open next week.

He will compete against Federer, Alexander Zverev and Kei Nishikori on the German pitch.