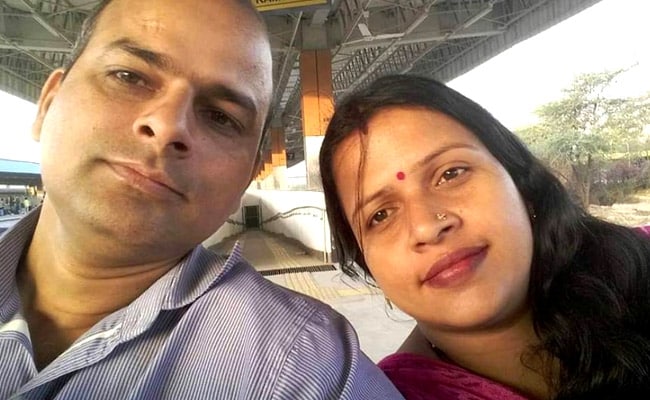 Neighbors of Upendra Shukla, a private tutor who allegedly killed his family on Saturday, said they had never seen him fight with his wife.

Upendra Shukla killed his wife, his two-month-old daughter, her five-year-old son and her seven-year-old daughter, cutting their throats on Saturday, police said.

Deepak Agarwal, 35, who runs a general store next to the building where the killings took place, said he arrived at his store on Friday afternoon and "looked completely normal.

"Around 6 am, someone heard the shouts of Upendra Shukla's mother-in-law." He went to the room and saw blood. his wife and three children. "

Bharat Mahlawat, 36, another man's neighbor said: "We learned that he killed his family." When we arrived at the place, we saw that blood flowed from his wife's throat, his mother was there and she was screaming. "

He added that the family was in good relations with the neighbors and he never saw them fighting.

The preliminary investigation suggests that the murders occurred between 1 and 1:30 in the morning. Police have seized the murder weapon and are continuing their investigation.