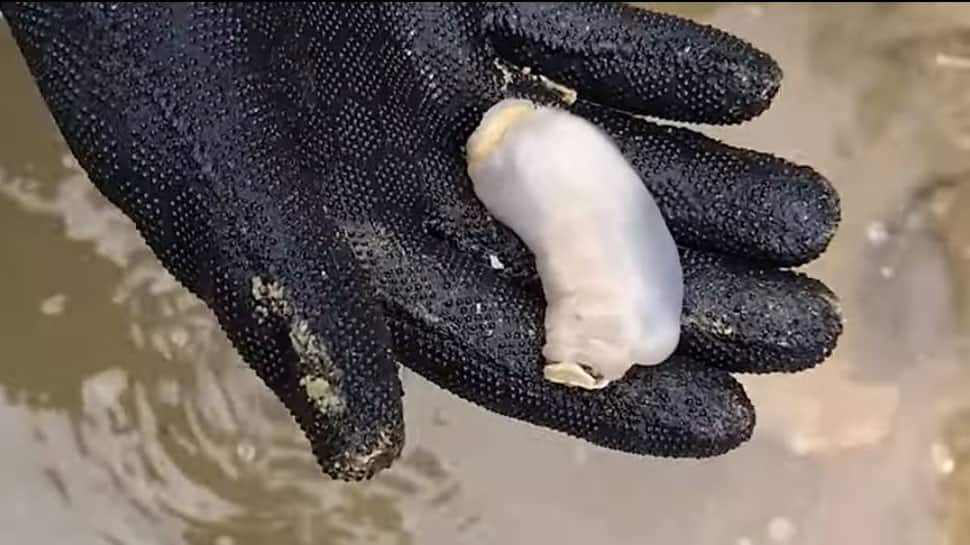 Scientists have conducted a detailed study of a strange creature resembling a red-eared worm that eats stone and excretes sand. Discovered for the first time in 2016, the Abatanica Lithoredo is thick and white. According to scientists, this creature can grow up to one meter in length.

The New York Times reported that scientists began the search for this creature after hearing reports of a mysterious worm on the river Abatan on the island of Bohol. Reuben Shipway and Daniel Distel of Northeastern University, members of the International Collaborative Biodiversity Group Philippine Mollusk Symbion, are responsible for discovering this unusual creature. As scientists scanned the bottom of a river, they saw huge pieces of sandstone with holes. After a close examination, the scientists found that two twin flags of siphons were projected from some rocks, according to the New York Times. It should be noted that siphons are used by worms to excrete.

Scientists also found that cecum, a common organ among worms, was not present in the new species. The entrails of this unusal species, however, were filled with stone fragments, and after research, it was discovered that the stones found in the bowels of these worm-like creatures were the same as the ones in which they lived.