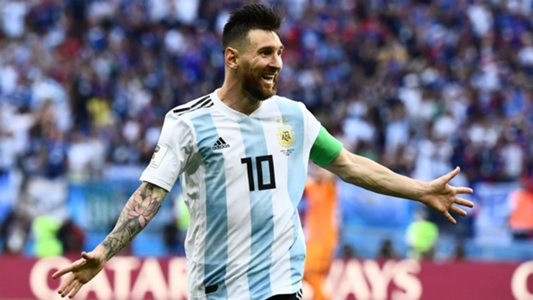 Argentina will bring a lot of firepower for Friday's game, but the Barcelona star will not be there

Mexican defender Edson Alvarez expressed his disappointment that his team did not face Lionel Messi in the friendly against Argentina on Friday.

El Tri will face Albiceleste in Cordoba on Friday before the two teams play again on Tuesday in Mendoza.

Although Argentina brings many offensive talents to the pair of friendlies at home, the Barcelona star will no longer be with the team, continuing their break after the World Cup.

"It would have been great to face Messi," Alvarez told a news conference on Wednesday. "But his health comes first. Personally, it would be great to play against him."

Alvarez may have the chance in the future, with Argentine general manager Jorge Burruchaga saying goal on Wednesday that the 31-year-old will return for the national team in 2019.

"It's impossible that he will not return to the national team," Burruchaga said of Messi.

"I'm sure that next year he will be in the Argentine national team again."

Along with Messi, Sergio Aguero and Gonzalo Higuain will also be out of the two friendlies, but Argentina still has Lautaro Martinez, Paulo Dybala and Mauro Icardi as options in the attack, among others.

Alvarez is looking forward to the challenge of facing a quality opponent outside of North America, with most El Tri friendly matches in the United States or Mexico.

"We showed that in adversity, when we are the underdogs, we have increased," said the 21-year-old.

"I like these challenges … what better way to show our quality than now, against a great team in front of your fans? We all want to play the game now."