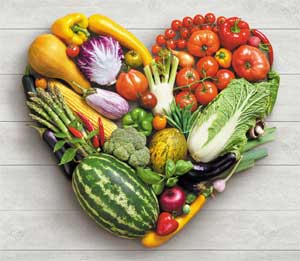 A diet of herbal anti-inflammatory whole foods reduces gingivitis and finds a clinical trial. The trial was published in the Journal of Clinical Periodontology.

Dr. Johan P. Woelber of the Department of Operative Dentistry and Periodontology, Faculty of Medicine, University of Freiburg, Germany, and colleagues conducted a study to investigate the influence of an anti-inflammatory diet on different parameters in patients with gingivitis.

Gingivitis is a common periodontal disease, usually due to poor oral hygiene that causes irritation, inflammation of the gums, the part of the gums around the base of the teeth. can lead to a much more serious gum disease called periodontitis and loss of teeth.

An anti-inflammatory diet consists of foods that reduce inflammatory responses. This diet involves replacing sugary and refined foods with nutrient-rich, whole foods. It also contains increased amounts of antioxidants, which are reactive molecules in foods that reduce the number of free radicals.

For the study, 30 patients with gingivitis were randomized to an experimental group and a control group. The experimental group switched to a diet low in processed carbohydrates and animal proteins, and rich in omega-3 fatty acids, vitamin C, vitamin D, antioxidants, plant nitrates and fiber for four weeks. The control group did not change their diet. All participants stopped using floss and other tools to clean between the teeth.

Although there were no differences in plaque values, the experimental group presented a significant reduction in gingival bleeding. They also showed an increase in vitamin D values ​​and weight loss.

"The results of the study clearly demonstrate the possibility of naturally reducing gingivitis through an optimized diet that also promotes overall health. According to this, dental teams must address dietary habits and give appropriate recommendations in the treatment of gingivitis, as they may be a side effect of a pro-inflammatory western diet, "said lead author Dr. Johan Woelber of the University of Freiburg, In Germany.