Weeks uncoded by the end of June – News 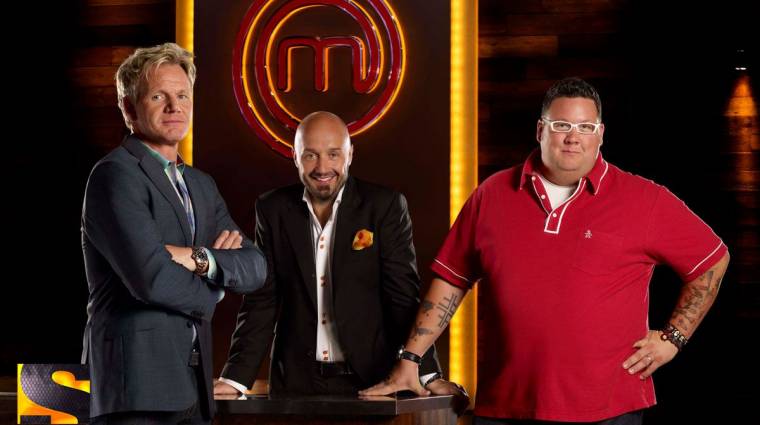 In the uncensored UPC Direct weeks in June, viewers can create a new summer recipes menu and discover the world's most diverse cuisines, such as the Food Network, available June 11 through June 26 for all UPC customers Direct. independently provides culinary adventures.

Good news for gourmet viewers! Between June 11 and June 26, UPC Direct offers all subscribers unencrypted access to the Food Network channel and the seasonal summer season with a variety of gastronomic programs. In the new season, you can soak up refreshing, healthy recipes, stirring up fierce gastronomic quizzes, guiding the world's most coveted pros and food truck chefs, and even discovering pizza and espresso.

Tyler Florence is a television host and chef who invites New York's most talented chefs to the Bite Club TV cooking program where five competing chefs measure their expertise in restaurant kitchens where none of them were before. Two cooks and the other three chefs take part in the contest. Competitors need to use secret ingredients, but basically they can use whatever they find in the kitchen. The rivalry of the five chefs promises spectators hard hitting, many tense moments and strong personalities, which reveals who will be the champion of the Bite Club. The Food Network series runs every Tuesday at 7:50 p.m.

Quizzes on TV cooking are gaining in popularity, so we can find more programs in this category on the Food Network program: The Great Food Truck Race, with its 9th season, comes from the Wild West. Tyler Florence brought together seven food truck teams, which are perhaps the greatest adventures of their lives. They embark on a gastronomic exploration journey and learn to work with ingredients from different parts of the world and, of course, need to prove their culinary skills during the competition to defeat their opponents.

Teams of food trucks take the apron every week and measure their skills. Finally, the two best teams can fight for a prize of $ 50,000. The Great Food Truck Race has an incredibly exciting show every Monday at 7:50 pm on the Food Network.

The TV Paprika Channel, available on the Medium TV package, also offers a variety of programs for gourmets and tourists this summer. Among others, the Naples Flavors with David Rocco, the famous chef guides viewers into the historic Italian city, a treasure trove of culinary tours, and not just the pizza and coffee house. Culinary roaming by David Rocco can be tracked every weekend at 17:40 by those interested in special Italian gastronomy on TV Paprika.

Those who want to eat more new recipes for the summer and want to try really healthy food, Pepe's healthy cooking will certainly help. Peter Siska, codenamed chef Pepe, says good food can never be complicated and guarantees recipes for everyone to succeed. The chef of healthy food can be seen every day of the week from 17:40 on the Paprika TV channel.

The Sony Max Channel has also been popular for cooking shows like Gordon Ramsay – The Hell's Kitchen. The 12th Season of the Cooking Reality Show, labeled with the notorious Scottish Master Chef, is visible from 14:00 every day of the week. Program replays can be seen the day after the episodes, every day of the week at 8 in the morning. As of June 16th, the 13th anniversary of Hell's Kitchen begins and every Sunday on the Sony Max program.

Last but not least, VIASAT3 is a British gastronomic competition with Sütimester, where summer cheerleaders measure amateur style confectioners using their sophisticated and sophisticated recipes that are judged by a rigorous professional jury. To be one of the top ten amateur athletes in Britain, the VIASAT3 show will be on June 22 every Saturday and Sunday morning. Over the weekend from 15 to 16 June, we will be able to follow the special edition of Cream Cream Competition, which has already been measured by professional confectioners during the difficult confectionery tests.