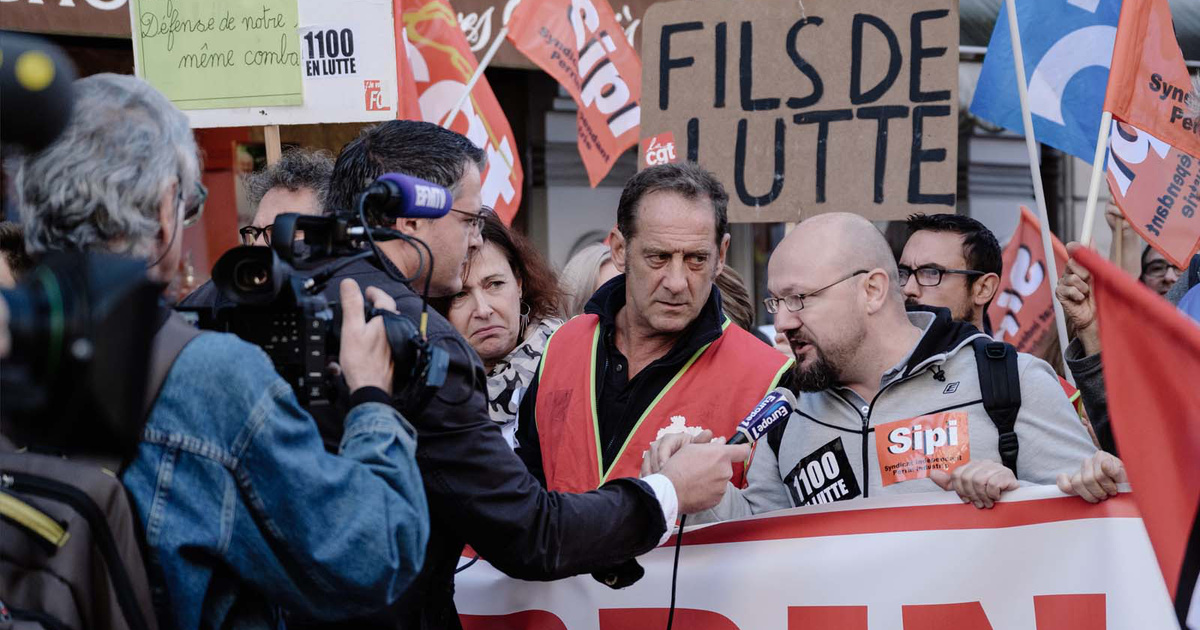 For some reason, Hungarian filmmakers are not interested in anything, but from time to time the French make great films about capitalism, more precisely about their effects on our daily lives. A few years ago, Dardenne's brothers were dazzled by Two Days, a night when Marion Cotillard had to persuade his colleagues to give up the year-end bonus because he would not be kicked out.

Now here's the strike at the factory, where workers at the auto parts factory in a small French town are struggling for their jobs. The parent company (of course, a German car factory) concluded an agreement with them previously: they waived certain benefits, so instead of 40 hours instead of 40 hours and the bonus, the factory remained in the city. The company, although officials have fulfilled its part of the agreement, decides to close the factory two years after the agreement. Market laws dictate that even if the plant is profitable, it may be even more profitable in Romania, where they have not even heard of a 35-hour work week, and workers earn a fifth as their French counterparts. (The authors are obviously not aware of our wonderful overtime law when writing this scenario.)

But the French workers were not carved in wood to tolerate this. Launched by Laurent (Vincent Lindon) and Mélanie (Mélanie Rover), they begin to realize that the factory will not produce profits until the planned closure. They want the unit to be closed or at least sold to another company that would continue production. Laurent (at least initially) is persistent and cohesive, but the fight is much longer, more edgy and dirty than they first thought. The German company has no idea what it's asking for instead of sharing and getting bored. Workers will become increasingly impatient and increasingly questionable.

The factory strike processes the workers' struggle with documentary tools, as if they were followed by a portable camera for commissioning, discussion, and negotiation. In addition, we see how the media conveys the events, as they say, in the reports. The film also has the drawback: the really tense scenes, the jumping leaders, are seen as the long waiting times, the hours of the infernal debate. And while there is no doubt that this is actually happening, the twentieth anniversary of an unstable debate may not be so much fun in the movies. Gallery: Strike at the factory 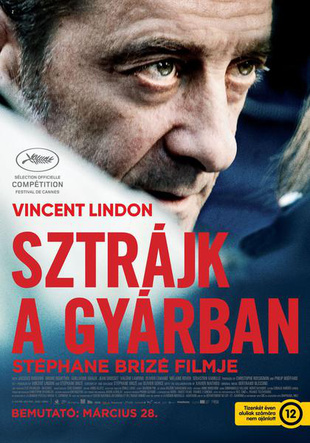 Looking at Hungary, strike at the factory is an uncomfortable experience in many ways. On the one hand, for the reason already mentioned: we are those who suffer from pathetic wages and that is why the French are losing their jobs. Those who are shocked to see when one of the film's workers is ridiculously low pay 1,400 euros per month (about 450,000 forints). And those who are surprised to see how an employee is not afraid or is not afraid of the employer not dare to face it. But at least the naturalness with which workers turn to the government for help is so surprising. And the exactness with which the representative of the government mediates between the parties.

Even before we think: Strike in the factory is not an optimistic film. The brutal conclusion of his obscure view of the world makes it even more depressing. But from here, looking from Eastern Europe, it still seems utopian at times.

Recently, things have changed in Hungary on a strike. Following the successful strike of Audi in January, four car companies had a break in employment, and in others, the strike threatened to break an agreement with the employer. But in addition to the auto industry, they attacked the Paks Nuclear Power Plant, the Opera House, a BKV strike committee, and the civil service strike. (The Index podcast can be heard here.) Maybe that's enough for Hungarian filmmakers to get interested in the subject. Until then, there is the strike at the factory, which is not fun, but definitely an instructive story.