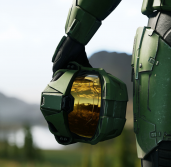 As early as mid-August, news arrived that the launch of Halo Infinite, originally planned as the opening title for the Xbox Series X (and Series S), has been delayed due to the unfavorable reception of the trailer, and now developers face another challenge with Chris Lee, one of the main developers of the project. announced that he was leaving the studio.

Lee has worked for the 343 Industries team since 2008, overseeing the production of the Halo games and, of course, playing a similar role in Halo Infinite. What he will do after leaving has not yet been revealed, but he said he trusts the studio’s skills and feels that they will deliver a really great game in the form of Halo Infinite.