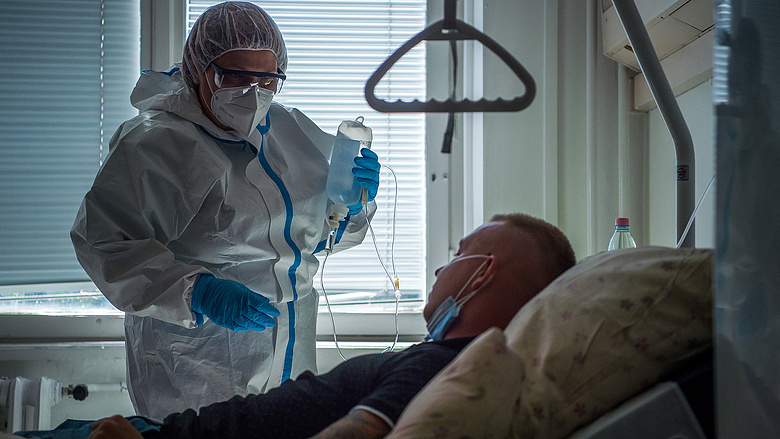 In early October, the main epidemic modelers at the University of Washington’s Institute for Health Measurement and Assessment (IHME) painted a rather sinister picture of the expected development of the epidemic situation in Hungary. The recent numbers of infection and mortality actually show an even worse condition: twice as many people have died in the last few days than expected in the worst case scenario. However, the basic alignment was also not comforting: at the peak of the epidemic scheduled for the end of November, 220 people were expected per day.

It is not an omnipotent prediction tool, but an important one, using epidemiological modeling based on purely mathematical calculations, using HMI, using and weighting the population, changes in previous infection data and other variables (for example, overall mortality rates, effectiveness existing restrictions).

It cannot take into account factors such as the psychological implications of the discipline of wearing masks or the behavior of participants in mass events, nor how and to what extent those in an enclosed space interact with each other. This is specifically a mathematical prediction that is based on past experience, but has also recently projected an accurate picture of the state of the epidemic in the United States, which is the most infected country in the world at the moment.

The last update of the model for Hungary was on October 22, which makes a prediction in three aspects: if the use of the mask will be mandatory, if everything will remain in its current form and regulation will be facilitated. Based on that, five days ago it was predicted that on Tuesday 31.78 deaths would be any scenario that materialized. In such a short time, there is no difference according to the model if they are tightened, but not if restrictions are lifted or people’s discipline deteriorates. This is because it can take up to 10 days for Covid-19 symptoms to appear, and the process to death can take more than two weeks since the virus started.

On the other hand, in Hungary, according to the latest data, 63 people died on Tuesday morning, according to data from the past 24 hours. The seven-day moving average is also 46.3. This is almost a 150 percent difference based on IHME forecasts when looking at the moving average, but it is also twice the smooth daily forecast data.

Below is a graph of the most infected deaths in the world and on average for countries in the region:

If we take into account the models of the Washington organization, the situation is not encouraging in the first place: in one month, on November 27, 115 deaths per day are expected if people do not become more wooded, in the next days, 120.61 deaths are likely.

The peak of the epidemic, therefore, is expected in mid-December, if everything continues as it is, 144.2 people will die every day, if the situation worsens in terms of defense, the peak may come in mid-January with 516, 94 daily deaths. If the use of the mask was universal wherever people were in the same airspace, the curve would flatten out only at the peak of December 20, but mortality between 77-78 would be maximum at 24-hour intervals.

If, on the other hand, we correct these data with the difference of 150 percent, which is also evident in the last 5 days, the peak of the worst scenario would change to the height of February 10, when the daily mortality would be 213.4, according to Napi.hu calculations. But if the HMI accidentally overestimated the deteriorating epidemic situation in Hungary to the same extent, the peak would be at Christmas, it could be 89.58 dead per day.

The IHME released an even more pessimistic forecast in early October, with the peak of daily deaths based on the trends of the season set for November 19, when more than 210 deaths should have died as a result of Covid-19. It is a question of how much more accurate your calculation has become, as more and more historical data has been available since the start of the second wave in early autumn. In the case of curfews in the spring, they were within 5% of the actual error limit at the end of April, and from then on, they were able to give an accurate forecast.