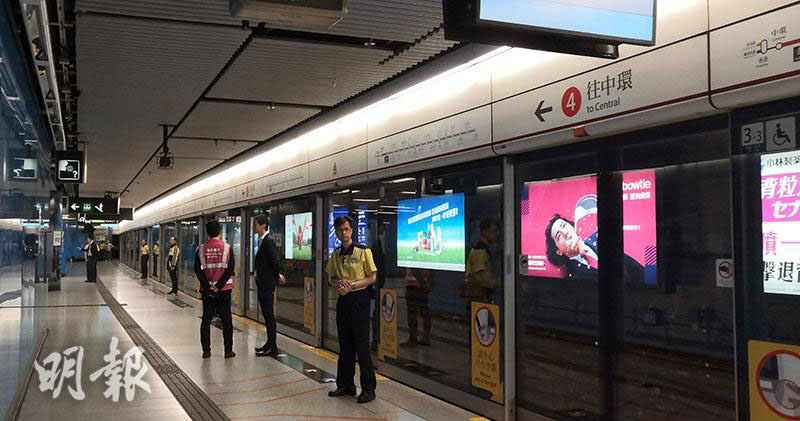 The MTR confirmed the incident today (20) in response to the investigation. A MTR spokesman said that at about 12:40 am yesterday, the Traffic Control Center arranged for a Tsuen Wan train that was not carrying passengers. It was moored from Tsuen Wan Station to Admiralty Station to provide services on the Next morning. When the train reaches the side line of the Admiralty Station, the driver drives by hand according to established procedure and slowly drives the train to the designated parking position at the front, during which the train slightly exceeds the parking position and touches the front stop. As a result, there was a small scratch on the parade and the train and rail were not damaged, and no one was injured in the incident.

A MTR spokesman said that, as a precaution, the Vehicle Control Center provided the factory with a train inspection. The incident did not affect the train service for the next day. The MTR notified the relevant government departments that the driver of the temporarily removed from the driving position. Assist in investigating the incident.

Other reports: 3 million HSBC accounts withdrawn from the balance