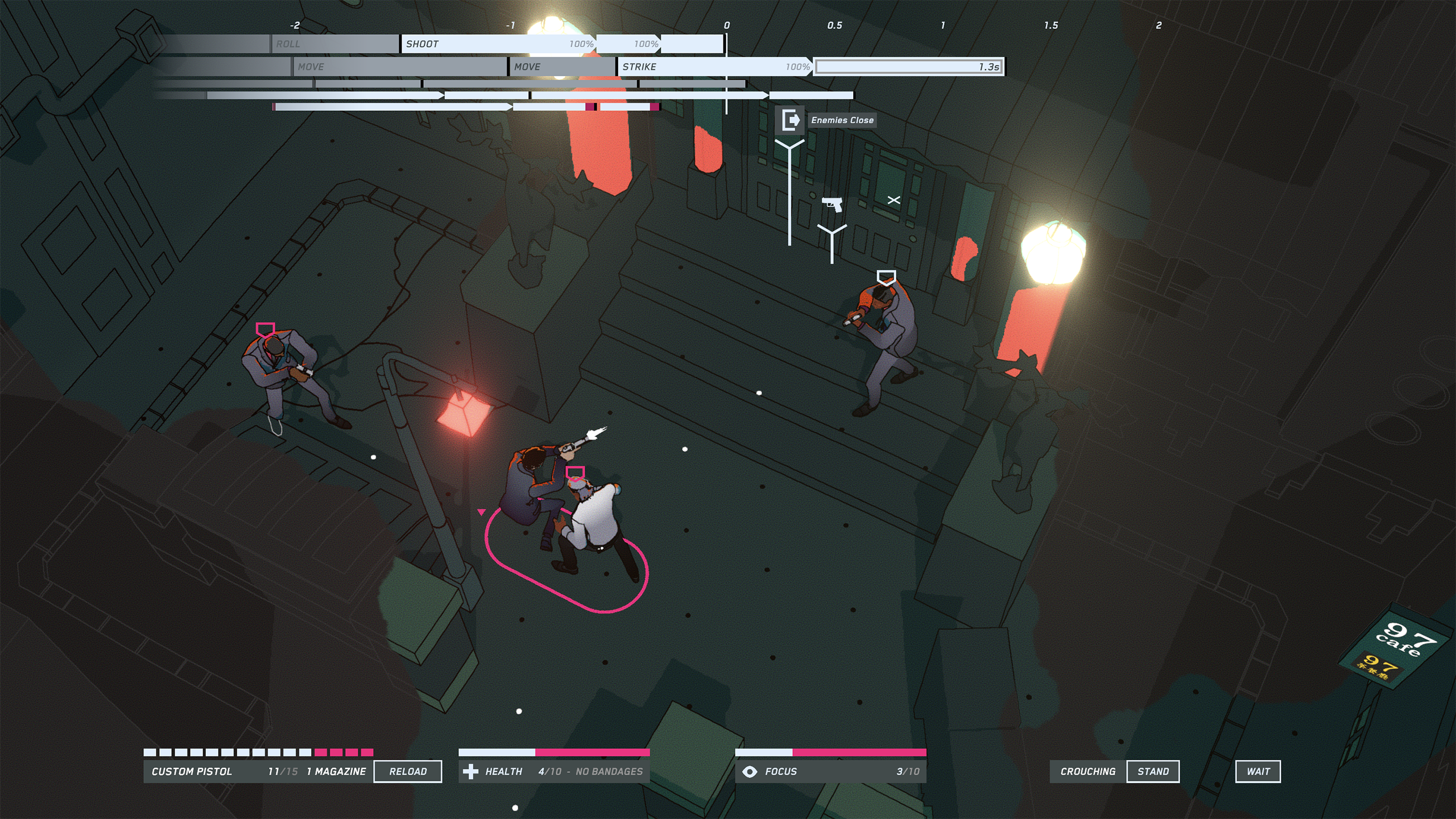 There are many strategic games that have managed to create a challenging and compact experience. The difficulty is to make this type of game capable of speed and rhythm. Fortunately, once again our savior John Wick came to the rescue to solve this problem with an extremely accurate and sacred martial arts style that is simply equivalent to contemporary art.

Considering the scale of the "Defend Mission" series, it is reasonable to assume that the officially licensed game is given to a large studio. However, the studio behind the movie, Lionsgate, has put its beliefs on this little British developer, Bithell Games. In doing so, they have decided that although John Wick is best known for his martial arts "Gun Fu", they believe the best way is to create a strategy game.

As for the information about the plot, we do not hear news at the moment of confidentiality. We only know that the game setting is set before the series of movies when Wick's wife, Helen, is still alive, which means no dog in this game can be used as revenge.

As I said before, "John Wick Hex" is a strategy game, but the gameplay is not like the traditional RTS. Because Wick-based content is notoriously fast and fast, the game needs to turn in a new direction, thus inspiring the creation of timeline features. This system means that the game is not totally turn-based or completely instantaneous – more like all the actions of the game, whether basic movement, shooting, fighting or even squatting, takes a lot of time during that time. Enemies can also move or fight you. This means that you can not plan things around, you have to treat each action as a key treatment.

In addition, combat systems are easier to understand than more traditional strategic work. Although each enemy has its own life bar, it is usually about 3 in length, which means that, as long as one action, or at most two, it is knocked over. Weapons use is the most effective way to attack enemies as they do more damage and can be used within range. The challenging part is that you need accuracy and can err, in addition, the amount of ammunition available between levels is limited, which means that saving ammunition is very important. In addition, each type of weapon has a different speed of use. For example, tactical pistols can fire faster than standard 9mm pistols, so they can defeat their enemies without getting injured in other similar time conflicts.

Up close, John Wick can take advantage of a series of moves that can stun under pressure, crush instantly and even dodge enemies. However, our personal favorite is to throw our weapons at the enemy so we can narrow the distance and defeat him. Just like shooting, melee takes time, so the sensible idea is to assume that in each action someone will try to get out of the flanks or put him in a disadvantageous position, which makes the decision once again the key.

This is expected to include the replay at the end of each level, really showing his game, which should show the action scene of which even John Wick himself is proud. We have not witnessed this feature before because the demo band we tried did not enable it, but it can be assumed that it works much like Superhot or Samurai.

As a summary, we know that many people are keen to know if we have seen Keanu Reeves participate, especially in the Xbox show before E3, the announcement of "Electricity Rebel" he was surprised to appear. . Well, of course we have to ask the development team when they say that Ian McShane and Lance Reddick will appear in the game, neither confirming or denying whether Li Wei appeared between them. However, our advice is: do not expect too much.

Anyway, we look forward to playing the final version of the game, which will be released for the Epic Store. We're not sure about the release date because the developer has not yet released the information.