After a lapse of 23 years, EA announced the launch of the Ultimate Mobilization Order 4K Remastered Edition. 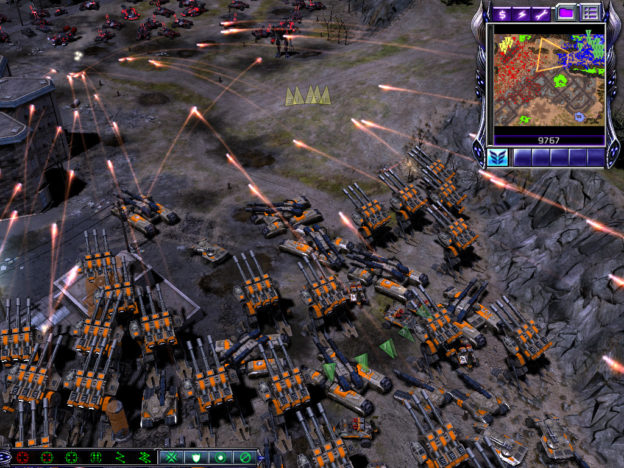 For PC gamers after the 80s and 90s, sitting in front of a heavy CRT monitor and holding a mouse to play the real-time strategy game (RTS) can be a happy time that is difficult to recover.

In order to allow these old players to "revive old dreams" and experience the modern gaming experience, in recent years, many classic RTS games have also kicked off the 4K remake, such as "Century Empire", "Star Wars" and "Warcraft" . Wait a minute.

Today, there are classic RTS games announced to join the "Retro Game Rehabilitation" field, which was released in 1995 by Westwood Game Studio in the United States.

In fact, Petroglyph Games is a studio comprised of former Westwood members, and there are many "veterans" who have developed the Ultimate Mobilization Order series, including the most influential programming in the Ultimate Mobilization Order series. Joe Bostic, Steve Tall, community manager Ted Morris and Mike Legg, responsible for gaming sound systems.

There will be no micro-transactions in the remastered game.

However, Vessella did not announce the release time of the game. The 4K remastered version of "The Ultimate Mobilization Order" is also in the early stages of development. More detailed information on the remastered version may take some time to develop.

The Ultimate Mobilization Order series is one of the best-selling games in the history of real-time strategy games and, as of 2009, has sold more than 30 million units and has become the standard for RTS game types. .

The announcement of 4K re-enactment will certainly evoke memories of many players, but for the new generation of players, can these old games with "image quality upgrade" be appealing? Will the wave of games, once popular, be able to wrap the wave of fashion? Still needs to be seen. At the very least, the first classic RTS games that have completed the 4K reenactment seem to be just good applause.