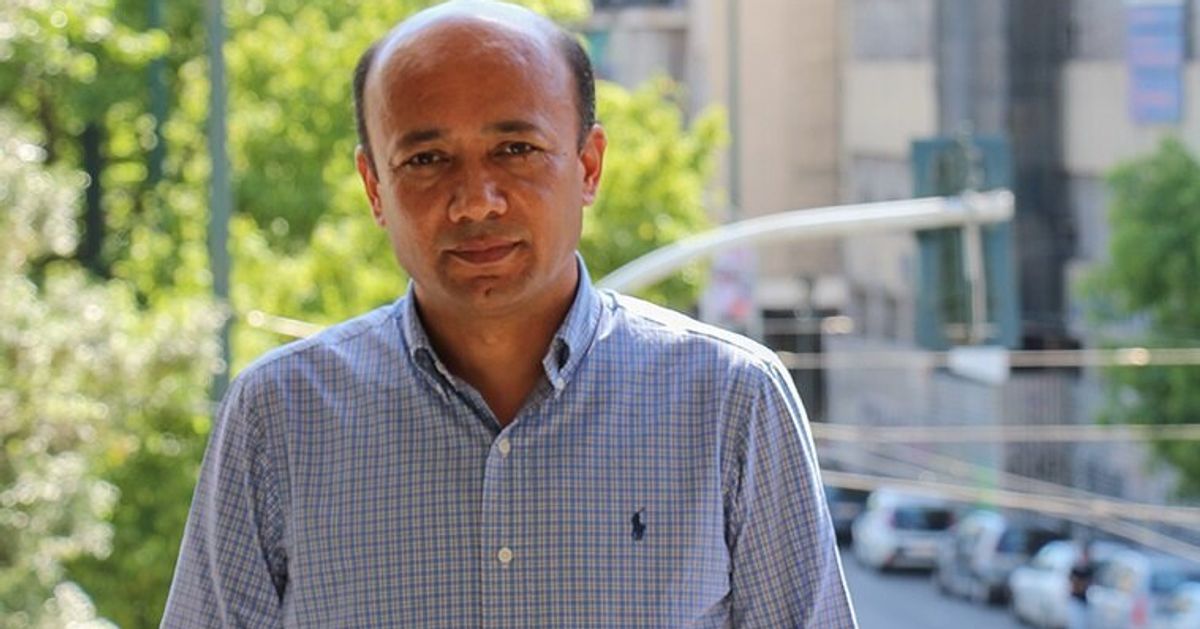 He took Greek citizenship a few months ago in December 2018, 17 years after arriving in Greece as a political refugee, persecuted by the Taliban regime. Yonni Mohammedi, 46, a doctor and one of the most important refugee and immigrant rights activists, is a candidate for MEPs with the SYRIZA-Progressive Alliance.

We are in Koumoundourou, on the second floor of the SYRIZA offices.

"I am Hazaras. The Hazaras resisted the Taliban, delayed them two years before they were able to control all of Afghanistan. When the Taliban entered a village or town with the Hazaras, they were atrocities. My city (Mazar i Sharif) was the last great city in the country that the Taliban captured – and immediately announced on the radio that anyone who kills the Hazaras will go to paradise. "

"I left the country in 1997 while doing my practice as a new doctor in the hospital and was already on the battlefields with the Red Cross. I spent 4 years in Pakistan, Iran, Turkey In 2000, along with a group of agonists, we wanted to return to Afghanistan to help with our knowledge – as soon as I crossed the Iranian border, the Taliban arrested me. After 28 days in prison, I escaped. "

"If I wanted to go straight to Greece, to Europe, in a few months I would have done it. When you can not live in your place, go to the neighboring village. You go far when you've lost all hope. For this journey (the refugee) is very big, so it keeps on for years. And families are lost in these divergent waysI am here, my father refugee in Russia, my mother with my brother in Australia, my sister in America, one in Pakistan and another in India. A brother I lost and I think I'm very lucky – other families have left. "

"In Athens in 2001 we slept for the first time in the Field of Areas, there was a world that helped us, offered clothes, food, every morning, in the presence of the police, the same people went to the park – some of which we see today in the Greek Parliament as goldsmiths – and hit the asylum seekers. Society closed its eyes, the media did not react – when in an interview on a TV channel I said yes, we were helped by people, but some of us are hitting, they told me (of the channel) that we do not have to say this . .. '.

"I was very tight at the time, we ate a lot of wood, a lot of torture in other countries, but in Greece, in a European country, where I knew democracy and freedom started … These attacks were very discouraging. we have set up the Afghan refugee community, which has been the largest refugee community. "Gradually, along with other communities, we have built the Greek Refugee Forum."

I feel that the SYRIZA Progressive Alliance is a political space where I can express my ideas and positions in full. This is for me everything you can change your posts for a vote, this is my start.

-The existence of the EU is undoubtedly a positive development. Unfortunately, in recent years, it has deviated from the principles on which it was built – democracy, equality, solidarity. Inequality (neoliberalism) is intensifying and the distances between decision makers and European citizens, particularly population groups such as immigrants, Roma, LGBT, religious minority populations, are growing. There is a need for a change in the EU: Alexis Tsipras is the only European politician who in his speech to Eurovoulus stressed that immigrants and refugees are not statistics, but people with a surname, although their names are different from ours. SYRIZA and the Greek Prime Minister have put human rights at the forefront of policies and agreements. This is a central change and no one else dared.

The far right can be inhibited if neoliberal policies that create inequality at the global level are reversed. For me, the far right is another link at the end of a chain of problems in Europe – and that's basically what blocks the chain. The deeper problem, however, is the intrusion of rhetoric and far-right agenda into the traditional right-wing parties. A newly arrived immigrant, I saw Georgiades and Voridis in the LAOS Karatzaferis, and I could not imagine that these people could be found in the New Democracy of Constantine Karamanlis, key figures of the party.

–I do not think there is a refugee crisis in the EU.– the proportion of refugees from all over the world who travel to Europe does not exceed 5%. There is a refugee crisis in Lebanon, where half the population is refugee, is in Turkey or Pakistan, not in Europe. The EU must take action to heal the causes of refugees and immigration – even left-wing parties have not. Alternatives must be created so that people can remain in their place. Migration is the leading cause of climate change today but European economic activities have the sole purpose of profiting, not of supporting local communities. Europe must be in solidarity with the peoples of the world, not with the policies of war and poverty.

– Not only immigrants and refugees are treated as European citizens, especially in Greece … Work is needed on the institutional side, but also on society, education, the mentality of all (and refugees / migrants). Awareness-raising and information actions are needed – decentralized integration policies for municipalities and regions. And not "forget" themselves immigrants / refugees and their communities. They have to get involved. Otherwise, nothing is done.