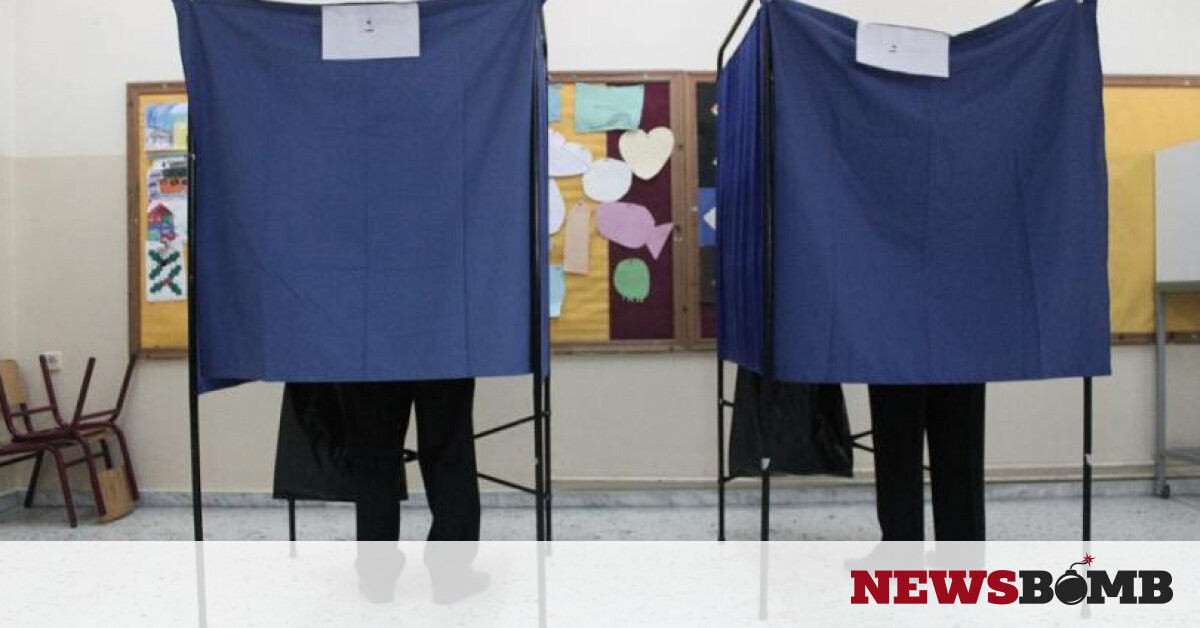 On May 26, 2019, municipal and regional elections will be held, as well as the European elections.

With two circulars, the ministry of interior gives details of the process elections.

These elections are of particular importance due to the implementation for the first time of the provisions of Law 4555/2018 ("Cleisthenes I" program) and the entry into force of the simple analogue electoral system.

SEE ALL NEWS FOR 2019 ELECTIONS

"With the introduction of the simple proportional, as the only electoral system of correspondence of voters with their representation in the council in question, the political participation of citizens is reinforced, thus contributing to the democratization of political life," he points out.

The "Cleisthenes I" program also establishes the reintroduction of the four-year mandate of the autonomous authorities and the decoupling of the time of the municipal elections in the European elections.

It should be noted that, especially for the first law enforcement, the first round of municipal elections will be held on May 26 at the same time as the European elections. Repeated elections, when necessary, will take place the following Sunday, June 2.

In addition, for the first time, the right to vote is introduced for 17 year olds.

Citizens of the European Union can also apply for single-person governing bodies, and in particular for the post of mayor and the president of the community with up to 300 inhabitants.

There is no application for the position of "chairman of the community council of more than 300 inhabitants", since all candidates in these communities are candidates for consultants.

The chairman of the community council with more than 300 residents is indirectly elected by his advisers.

SEE ALL NEWS ON 2019 MUNICIPAL ELECTIONS

It also provides for the election of village presidents with a permanent population of up to 300 inhabitants, with a separate ballot and a single ballot for all candidates, taking into account for the first time the "permanent population" of the country for the application of the provisions governing . the organization and operation of local government, replacing the "real population", which is in force until now.

How old is the voting?

Where can I vote?

Voters in Greece vote at a particular polling station based on their home address.

What is the date of the elections?

How many Members of the European Parliament are elected in Greece?

What documents do I have to bring to the polling station?

You must bring your ID or passport for the required check. Other public documents may be admitted under certain conditions.

Can I vote by mail?

No, in Greece it is not possible to vote in a letter.

Can I vote in Greece if I am from another EU country?

Yes, all citizens of the Union residing in Greece and up to the age of 17 in the election year may vote. However, it is necessary that they have been registered until 28 February 2019 in the special electoral lists of the municipality of the Greek State.

What are the constituencies?

In Greece, for the election of the members of the European Parliament, the Greek territory is a unique district. Political parties, therefore, offer individual ballots throughout the territory.

How will Members of the European Parliament be elected in Greece?

Under EU law, all countries must use electoral systems to ensure proportional representation, which means that the number of elected members of each party depends on the percentage of votes received by the party.

In Greece, a cross-preference vote is applied, giving voters the opportunity to reward certain candidates. There may be up to four (4) crosses in ballot papers or combinations. Candidates who receive most of the preferred crosses are elected, provided, of course, that their party has secured seats.

One click is … enough to learn every voter who votes in the 2019 elections, since the Home Office's request was opened for a few hours.

In particular, the implementation of the Ministry of Economy and Finance "Learn where you vote"It's on – and it's already up to date.

In the special application, you can enter your data, ie name, surname, father's name, mother's name and date of birth.

The application then shows the person in which he will vote in the upcoming elections.