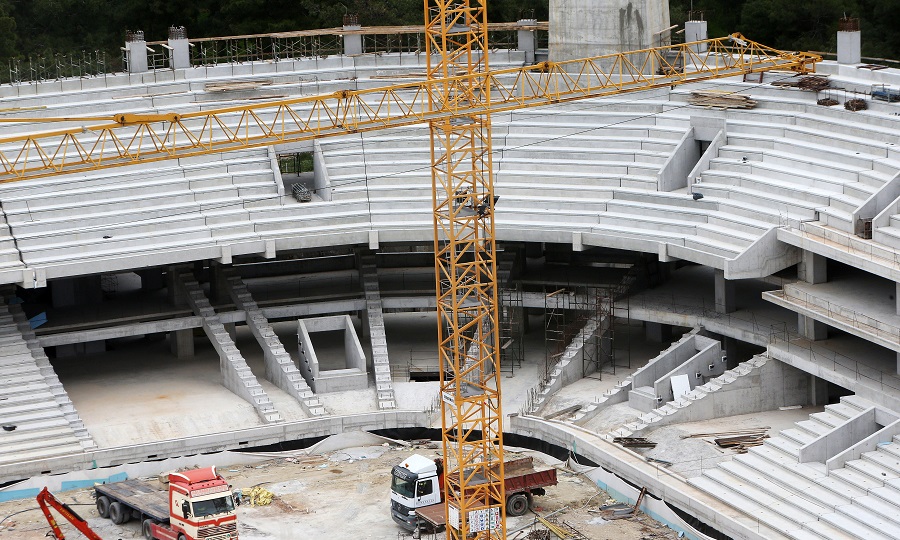 • How foolish or passionate you are to sit down to write a whole play for the new Tottenham Stadium, motivated to report negatively to AEK Stadium. I will not talk about who and who, content is important.

• Sitting a man to compare the financing of Tottenham Stadium and funding of AEK Stadium. Between a Premier League team of four and a group of three traditional "big" ones from Greece. The Greek Super League.

• The League, which finds its sponsor free of charge, and seven teams found in the five ERT TV contracts, on condition of restructuring.

• And he tells us "yes, here … the alleged investors are waiting for the state and local government, while Tottenham, no euro for the state."

• It's not just that you're doing incredible acrobatics for the sole purpose of leaving impressions against AEK. It's how you do it offensively by the intelligence of your readers.

• You compare the ability to secure financial resources, a leading team in the most commercial league in the world, where the revenue of the last ranking team exceeds the income of all Greek League teams together, in a depth of ten years. And I can say a little. I'm talking about recipe just inside the borders.

And what do you say to us? As Tottenham got a bank loan of 750 million euros! That's three quarters of the funding around!

• Think of AEK to build a stadium, with 75% of the funding being a loan. Or even want, what bank would give that money, to fund a stadium of the Greek team. Do not say it again, and loans and other stadiums. We see, we hear, we read.

And, of course, you're catching Tottenham Stadium, because that's good for you because you want to say something against AEK.

• It does not tell us about Ajax, Bayern and several other major stadiums built in Europe in the 21st century. You do not tell us if there's state funding for that.

• For some, not just local authorities, but also directly by central government.

• The only reason I am referring to is because there is a world that reads them and, as they can not have a complete picture, some, or at least others, do not get so tired in their minds, there are impressions that are not related to reality .

• But finally, there are those who sit down to write a whole downhill to Tottenham's really impressive Project, while at the same time attacking AEK. In easy prints, for those who do not have a complete picture. Which is usually the most.

• Empathy and negativity for the AEK Stadium are tiring.

• Especially when they come from many sides, they make you understand that eventually the change in balances brought by the building of Agia Sophia is bothering many more people than we could have imagined.

• Also, it is very distressing for those who have been involved with people and situations that have led to a stalemate and landing for AEK when they first used rake spears.

• In addition, the famous "you joked and have a bulldozer going from the ground left to right and again the same," was not said by a person other than AEK. Um … great AEKtzis, he said first and patented.

Tseko and Fortune score at any time in Bosnia – Greece with improved odds. * Terms and conditions.