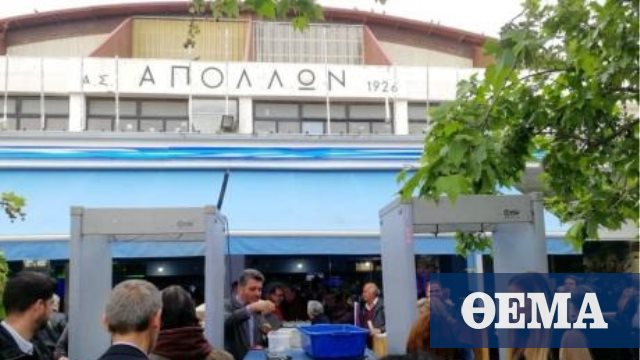 Outside the stadium Patras's patrons were gathered and posted posters protesting against VAT.

In Patras, the Prime Minister and President of SYRIZA Alexis Tsipras tonight, to speak at an open political meeting at the Apollo compound in Perivola, in view of European elections in May. The PM is accompanied by candidates for members of the SYRIZA Parliament and government ministers.

This is tonight. the second electoral speech of Alexis Tsipras, with a view to the European elections in May

As thebest.gr conveys, the security measures are draconian and the citizens who went to the Apollo stadium to enter the court were passing through the special gates of magnetic control.

Outside the stadium Patras's sponsors were gathered and posted posters protesting against VAT.

See the first photos inside and outside the stadium. thebest.gr: