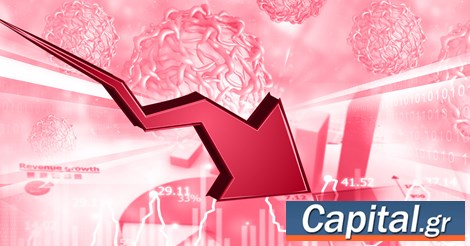 The Athens Stock Exchange is moving steadily around 600 points and with a big drop today, with banking pressures, and not only, to have put the market at a critical psychological level, at a time when uncertainty due to the pandemic is intensifies dangerously.

The market is facing the bottom of the accumulation of several months, since the climate, especially in the banking sector, is extremely negative. The reason was the various scenarios for the management of Cocos by Piraeus Bank, which according to Capital.gr, the bank informed the SSM that it intends to pay the cash coupon in the amount of 165 million euros, which expires on December 2, 2020 and awaits the approval of the supervisor.

Meanwhile, with the maturity of Cocos and the need for a drastic reduction in NPLs in the management of Piraeus Bank, a proposal was presented by the 3 largest shareholders (John Paulson, Aristotle Mystakidis and Bienville fund) for a capital increase of 800 million . According to sources from Capital.gr, the issuance of Cocos should be completed in mid-November, while the proposed capital increase will be considered at a later time and always in conjunction with the conversion of CoCos from HFSF.

Today’s picture is not far from what was described on Friday by S&P and DBRS, which, while maintaining stable ratings for the Greek economy, underlined the risks that continue to plague Greek banks. S&P pointed out that the advent of the recession will further complicate efforts to reduce the large volume of NPEs, due to its impact on corporate balance sheets. In turn, the DBRS noted that if the majority of current NPL securitizations are completed by 2020, the stock of non-performing loans will have decreased by a total of € 20 billion by 2020.

And all of this at a time when the largest region in the country, Attica, is under new containment measures due to the pandemic and budget revenues deviated by 2.2 billion euros in September due to the health crisis and excess expenses mainly due to the PDE payments. The caution and the negative climate in the market will hardly be removed after the latest developments.

Mytilineos, Hellenic Petroleum, PPC and Motor Oil move above -2%, while Fourlis, HELEX, IPTO, OPAP, Terna Energy and Sarantis move above -1%. At -0.90% is Titan and at -0.80% PPA, with Jumbo unchanged. On the other hand, EYDAP and Coca-Cola showed a slight increase, with OTE rising 1.01%.