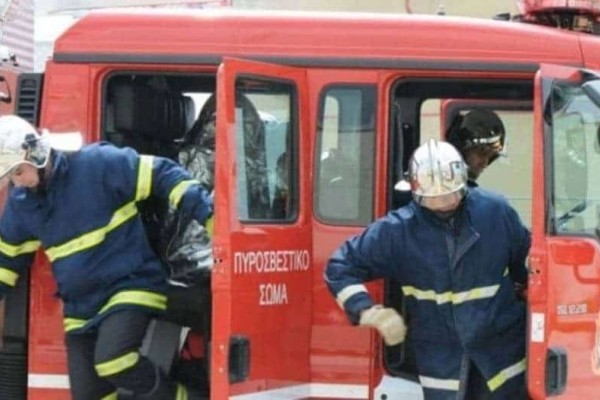 Strong fire broke out in Aspropyrgos , at the Fakas site. H fire appeared in the industrial area, behind the cemetery.

For a very high fire risk, Category 4, warns for tomorrow Tuesday, according to the fire risk forecast issued by the General Secretariat for Civil Protection of the Ministry of Citizen Protection.

The regions that are at the center of the alert and should be prepared for the risk of fire are the Attica Region, the Sterea Ellada Region (Viotia, Evia) and the Peloponnese Region (Argolida, Corinthia).

The General Secretariat for Civil Protection (www.civilprotection.gr) of the Ministry of Citizen Protection has informed the relevant state agencies as well as the Regions and Municipalities of the above areas that they are in a high degree of preparation for civil protection to deal directly with the fire episodes. At the same time, the General Secretariat of Civil Protection recommends that citizens be very careful and avoid acts of violence in the field that could cause a fire due to neglect, such as burning of dry herbs and branches or cleaning of waste, use of ignition equipment such as circular saws, the use of outdoor grills, smoke from bees, burning of cigarettes, etc. In addition, it should be remembered that firefighting is prohibited during the fire-fighting period. In the event of a fire, citizens are kindly requested to notify the Fire Department immediately to the telephone number 199.

Fire in the Marathon! A fire occurred early Saturday afternoon on a grassy area in Marathon.

The fire erupted in the Marathon Basin at 15:42. According to the first information, the fire burns the dry greens. 9 firemen with 3 vehicles rushed to the scene.

Under control the fire in Lagonissi!

Under control, shortly after three o'clock in the afternoon, the fire broke out in Laognissi and signaled an alarm in the Fire Brigade.

The fire that broke out early in the morning between Lagonissi and Kalyvia was spread out in low vegetation and pine trees and immediately signaled an alarm. In the battle against the flames, 30 firemen with 11 vehicles, a walking section, two fire brigades, a helicopter and underground vehicles from the county of Saronikos were launched. and after a while they managed to get her under control.

The fire started by an old man who did some work. In fact, he himself seemed to admit that he was accidentally setting fire when he was found by police to bring burns to his hands.