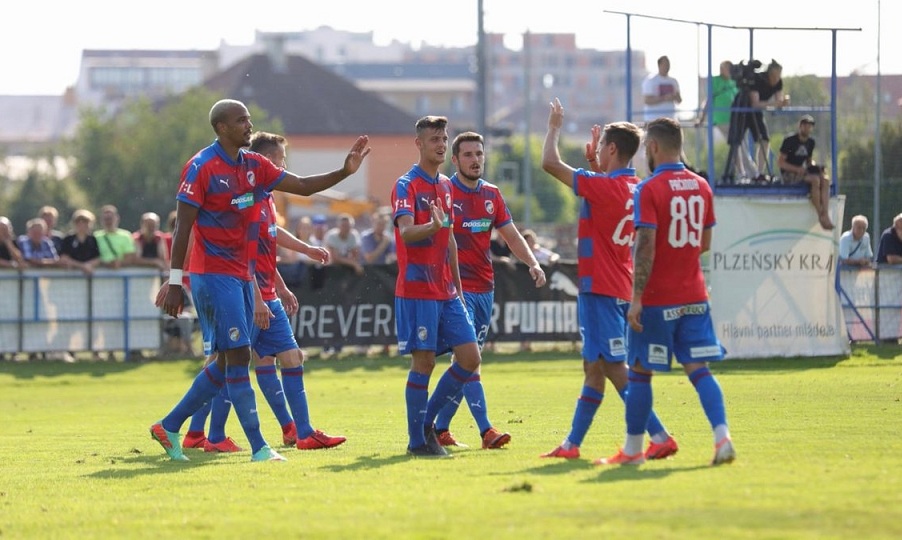 • The two traditionally largest teams in the Czech Republic are Prague, Sparta and Slavia. But from 2011 and for nine years, the next Olympiacos opponent, Victorina Plzen, is the best team in the country! With five championships and three second places!

• Well, the situation is clear: Olympiacos have played for years the best Czech team, a country that has been collectively level over the past four years consistently over Greece in the UEFA rankings. Overall, the work of Olympiacos will be difficult. Maybe very difficult.

• Victoria is a group with small capital. He starts third consecutive season with the same coach, Pavel Braba, and it only says a lot about how well a "knit" team has. We are talking about the best Czech coach, we surpassed the National Team bench and with excellent knowledge of Victoria, since he was in charge of the next five years in the recent past. Overall, she has 290 games in her bank !!!

• Another advantage of Plzen is that they will not lose any important players. Only two of his veterans stopped football, but otherwise they were substitutes. Instead, he has already made three or four squadrons lined up, so he will appear stronger than this season.

• Before the first meeting with Olympiacos in Plzen, Vitoria will already have two championship games at their feet. And before the rematch in Karaiskaki, he will have given a third game in the league, while Olympiacos will have only a few …

• Which, in my opinion, can be a disadvantage of this great Czech team and that, if used by Olympiacos, can be an important step in the qualification? Victorious Demons in the Champions League qualifiers!

• You see, Plzen this year played in the Champions League, but directly as a Czech champion in 2018. This year, however, have to give qualifiers. All three previous attempts, everything was deleted!

In the summer of 2017 Steaua, since their first qualifying match: 2-2 in Romania and 1-4 in the rematch in the Czech Republic!

In the summer of 2016 by Ludogorec in the playoffs and after having previously blocked Garabag from Azerbaijan: 0-2 in Bulgaria and 2-2 in the Czech Republic

In the summer of 2015, from Maccabi Tel Aviv, from their first qualifying match: 2-1 in Israel and 0-2 in the Czech Republic!

• To be honest, I do not like Olympiacos to play in the first game in the Czech Republic, as all their defeats had their first match away from home! Even when it was won, it was a draw with a goal! But whatever it is, Victory against Olympiacos will play with this psychological weight, not being able to go through the Champions League qualifiers for three consecutive seasons and in particular against opponents with a clearly inferior capacity at Olympiakos.

• I do not doubt that this … triple fault has conquered her and she may have learned her lesson, but in soccer, psychology usually plays a huge role. Let me remind you that a very strong team like Austria Salzburg, who in the spring of 2018 reached the semifinals of the Europa League, has been trying for 12 years to qualify for the Champions League and fail! He was left out of the successive matches of Maccabi Haifa, Hapoel Tel Aviv, Luxembourg Dundellanse, Malmö twice, Dinamo Zagreb, Red Star!

• The truth is that Plzen has already qualified for the Champions League. In 2013, he went through Maribor and Copenhagen in 2011. But we have to go six and eight years to find them. In the three most recent times he tried, he failed …

• It is precisely these demons of Plzen that Olympiacos have to take advantage of that, in their last attempt of passage to the Champions League, managed, against Partizan and Rijeka. Just to exploit them, he is bound to show up as soon as possible in his two battles with the Czechs!