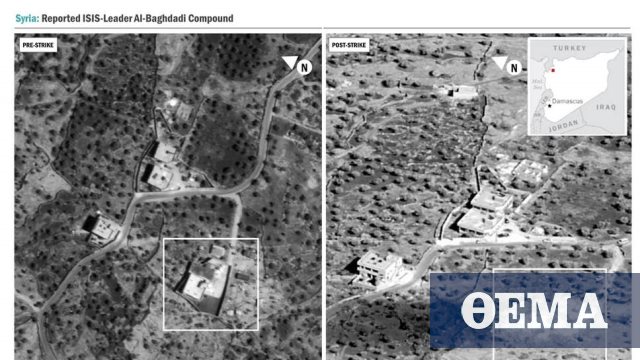 The photos show the destruction of the hideout in Indlib province, where the killer was killed. BagdadiSpecifically, the "before" and "after" are represented.

The videos show ISIS fighters from two different locations nearby, but shoot at an American aircraft involved in its extermination operation. Bagdadi

"… in the complex, fighters from two locations near the complex began firing at US aircraft participating in the attack."
– Gen Frank McKenzie CDR USCENTCOM pic.twitter.com/SkrtHNDs7w

"We are sure that he is Baghdadi, but we do not know if he was crying before his death."

The general Kenneth Frank Mackenzie It also revealed that four men and two women were killed and children who died were probably under 12 years old.

However, he did not confirm Donald Trump's statements that in the last hours before his death, Baghdadi was screaming and crying.

What he confirmed, however, is that from DNA analysis, Baghdadi must have been killed.

He also provided information about the dog, which helped identify the ISIS leader, revealing that he was four years old and was involved in 50 fights.

The documentary appears a few days after Syrian activists released a few-second video that allegedly recorded the time of the air strike in the area where the Islamic State leader was.

According to the Syrian Observatory for Human Rights, after the bombing, there was also a ground operation by American commandos.