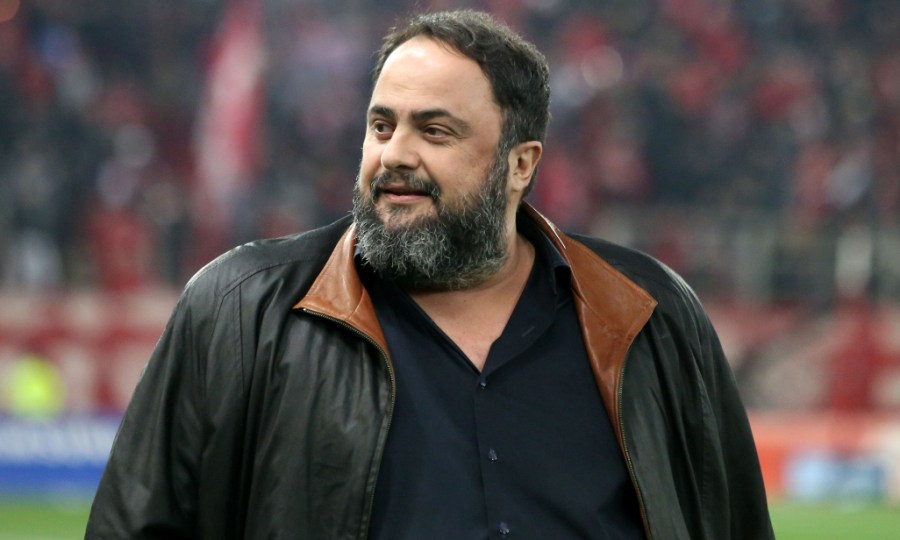 On all issues that have been "burned down" in recent times, both he and Olympiacos, the strongman of the Piraeus team, Vangelis Marinakis, replied.

In the interview he gave to Real Radio, the owner of Olympiacos spoke about the accusations he faces and his adventures fairly, spoke of targeting the government, and referred to the fight between him and Petros Kokkalis, but also in the relationship by Dimitris Melissanidis with Socrates Kokkalis.

In the past, when he took over Olympiacos, he accused the Kokkalis administration of the situation in which they had left the club financially, while at the same time criticizing Petros Kokkalis for his father's business and for the Piraeus team. .

The main points of the interview of Vangelis Marinakis

For the charges against him:

Responding to the question of judicial adventures he faces, he spoke of a government indictment, making it clear that he had turned to the European human rights court against the prime minister.

"I am sure that there is not even a Greek who does not realize that I am personally targeted by the government." So far, all categories have collapsed, light always defeating darkness, black propaganda and lies. can say every day that he is not an elephant "

"I can not forgive people who play everyday roles in such schemes The research is over and my name is nowhere Everything falls apart I do not care, it does not touch me I have to look to the future, my job"

"If this government remains until October, it may be the first time that a verdict has been taken by a practicing prime minister," he said. "I have turned to the European Court of Human Rights against Mr Tsipras, Kontone, Tzanakopoulos and Kammenos.

The strongman of Olympiacos also referred to the relationship between Melissanides and Socrates Kokkalis, talking about … the tightness of the two men.

"Through INTRALOT and OPAP, as well as Agia Sophia, it is known that Thomas Mitropoulos was awarded both to Melissanidis and Ivan Savvidis, Thomas Mitropoulos and his company created enormous problems and paid for it.For some people, money and interest are king ".

"During the days of the companies Tsipra and SYRIZA Socrates Kokkalis received huge sums. There is also tension with Dimitris Melissanides."

For Petros Kokkalis and the opposite:

As for Petro Kokkalis and the controversy that arose, he said that he had failed both in his father's business and in Olympiakos.

"I was not impressed with the presence of Petros Kokkalis in the SYRIZA vote, I never talked about the ardent land that we received, the situation was worse than AEK, which fell to the third and Panathinaikos after multi-parity."

"He has failed in his father's business, as well as in FCI and amateur Olympiacos, who have left debts. I do not have to say anything to him."

For the situation he received in Olympiakos by Socrates Kokkalis:

Of course, he did not fail to mention the Olympiacos season, emphasizing that the club was at a standstill and had huge financial problems.

"Socrates Kokkalis was not prepared to take the club out of the impasse, and with the good day he put 60 million euros, in the first year we took the championship with all the systems for us.In a year, when Panathinaikos was all-powerful and came of the doubles. "

For the group race image:

"Last year, we decided to build a new team, almost from scratch," he said. "This year we had a historic qualification against Milan and there is no doubt that we played the best football from a distance."

"I want to focus on the future. Over time, we will restore Olympiakos where he deserves." The answer was given by the Olympiacos world that "Karaiskakis" was always full and let the championship be lost. the Olympics again. "

"I will not say about arbitration, our luck and other factors." "We won seven consecutive tournaments, we had great successes in Europe, we reached the highest position in Europe, we had a bad year in 2017-18."

"They have spent a lot of money, they have brought two Europeans, they love Olympiakos, I support them and I am at their side, Olympiacos will not have problems, do not worry about the world, we are guarantors. "