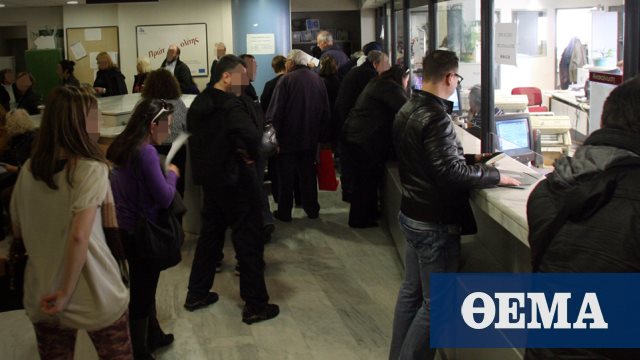 In the "ice" the government recently put the account for the 120 installments, which had announced that they would be placed in the House today, in order to be voted on until Tuesday, but supposedly "stumbled" European institutions.

Now the long awaited debt arrangements Insurance funds and tax administration are expected to arrive in Parliament in May after discussing with creditors' technocrats under the third Memorandum of Understanding, which officially begins on May 6 with the arrival of high-level creditors technocrats in Athens.

The government was stunned, as European institutions argued that "regulation of social security funds and taxation debts is usually the theme of the 3rd Memorandum of Understanding" and that "the issue has financial impact and impact on the payment culture." wrong message if the Greek side goes ahead without the "green light" of Europeans. At the same time, according to well-informed sources, they argued that government plans for the 120 tranches continue to cover the bad strategic payers, while expressing their discomfort about the fact that the heads of the institution's technocrats were not fully informed about and that the government has essentially tried to move unilaterally at a time when Brussels is coming down because of Catholic Week.

The issue of regulations, especially for insurance fund debts, has dragged on since last fall and successive announcements from the Labor Ministry's leadership that the bill will be tabled in parliament have been repeatedly denied. Earlier, Labor Minister Efi Aichioglu, in an interview with Open TV, was content to say that the agreement would be open to debtors by the end of September, but did not say when the registration platform would open. In addition, yesterday, the special secretary of Private Debt Management Fotis Kourmousis admitted in a meeting with the administration of the Athens Chamber of Commerce that the discussion with the institutions for the settlement of debts with the tax administration continues. It should be noted that the presentation of the bill and its vote until Tuesday was announced last week by the mayor, Nikos Voutsis, who yesterday avoided redefining when the file.