Ignition risk across the Aegean – See what happened – Newsbomb – News 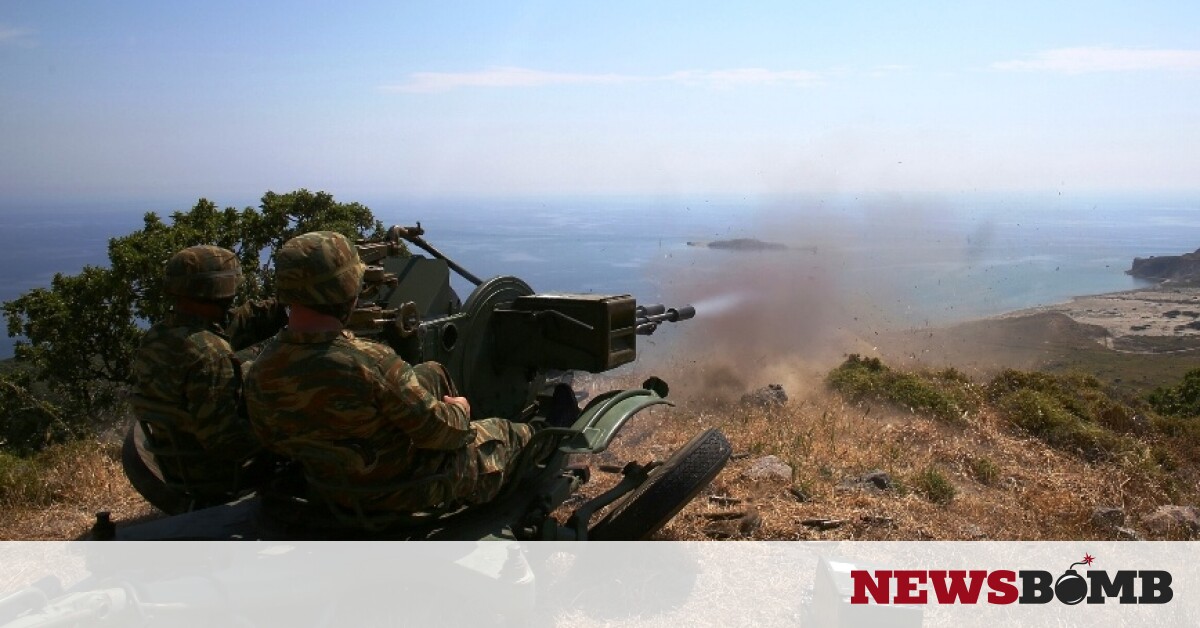 It is not just Kastelorizo ​​- The Staffs are preparing for any eventuality, “protecting” the entire Archipelago.

The climate between Athens and Ankara remains explosive and extremely dangerous, with all possibilities open while Oruc Reis sweeps across the eastern Mediterranean and the fleets of the two countries continue to sail side by side with their cannons … uncovered!

The situation does not appear to be getting worse, with the Erdogan regime insisting on NAVTEX tactics for the promotion of its expansionist policy and for Greece to respond, on the one hand with anti-NAVTEX and on the other hand with plays on the diplomatic board.

However, Erdogan’s tactics are not accidental. After the EU’s weakness to impose sanctions on the Turkish regime for an offensive against Greece and Cyprus and I will discuss the sanctions again.

Until then, the “sultan” and his “court” will continue aggressive tactics, go crazy every day, lie uncontrollably, propagate and manufacture false news to maintain tension in the eastern Mediterranean and drag Greece to the negotiating table they will ask for … half the Aegean!

Ankara’s offensive actions are clearly a cause for concern in Athens, while the attempt to win conquests, both in the Aegean and in the eastern Mediterranean, has put the Armed Forces on permanent alert.

On Saturday (24.10) Oruc Reis arrived at a distance of 13 miles from Faliraki of Rhodes, with warships from both countries returning to face each other. In fact, the ships were visible even to the naked eye from the Kallithea area.

Plans for the prevention and neutralization of Turkish energy have been in place by the Greek Executives for a long time and are simply updated, updated and enriched depending on developments.

Therefore, the focus may be on the area between Rhodes and Kastelorizo, however, political and military leadership in the Greek “Pentagon” was careful to protect the entire eastern Aegean.

The information states that the crisis can be transferred directly to the center or north of the Aegean Sea, with a perhaps provocative move by the Turks. For this reason, the Greek Armed Forces are preparing for any eventuality.

Surface units of the Greek Fleet, as well as submarines, created a huge shield across the archipelago, while the Army “loaded” all of the remote islands with heavy weapons and ammunition waiting for orders. As for the Air Force, it is always ready to cause panic among Turkish invaders.

We remember that in the previous crisis, in a few hours and with a general alert order, the eastern Aegean islands were “loaded” from end to end with weapons. Ammunition depots were emptied and weapon systems put into full operation.

At the same time, the always ready and armored amphibious commands were ordered to go as quickly as possible and “occupy” islets – “keys” in the Aegean, thus avoiding an attempt to create new Imia.

The message to Erdogan had already arrived: “The Greek Armed Forces do not play and do not play. “They are ready for anything, even a war.”

See all the latest news from Greece and the world, as they happen, at Newsbomb.gr.

Documentary image: The Oruc Reis visible to the naked eye of Rhodes – The area was full of warships