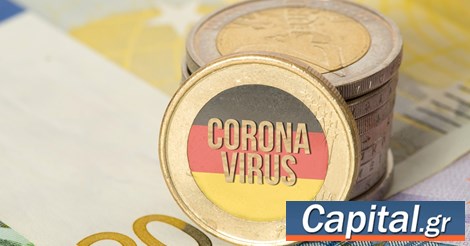 If someone were to calculate German public debt the way it is calculated in Italy, Greece or Spain, he would suddenly find himself with a debt 20% higher as a percentage of GDP than it is today.

And therefore, much less easily, he could have the tens of billions of euros he mobilizes to deal with the pandemic crisis.

Its “secret” – which is not a secret for the famous Institutions – is based on a perfectly legal combination of “organization” of the public sector for Eurozone data.

Germany is a federal state. And their regions, or states, have their own budgets, whose debt is not constitutionally included in central government debt.

The debt of the German states, to understand the “model”, currently exceeds 600 billion euros.

If the Lnder debt is taken into account in the German central government debt, it increases by 20% of GDP.

The interest in the “model” of this operation, however, does not stop there, since to this debt must be added another 500 billion euros related to liabilities to the “state / private” bank, KFW (kreditanstalt fur Wiederaufbau) , which lends to states, but also to companies. KFW is a “private” bank owned 80% by the German state and 20% by the German L.nder.

In addition to its role in supporting the banking system in the past, KFW has often become the main financing instrument in times of crisis, like the current one for German companies, and remains the main shareholder of Deutsche Post and Deutsche Telekom. the latter remains the main owner of OTE).

Due to its shareholder structure, KFW has an “AAA” rating and its securities are treated as equivalent to the Bund, so it can lend and lend on extremely favorable terms to state, public and private economies.

And all of this, of course, remains outside the limits of the federal government’s fiscal “fix” and is not part of Germany’s public debt.

This “operation” is perfectly legal under the Commission’s tax rules and, as such, allows Germany to have a “source” of financial support from both the public sector (in the L) nder and the private sector, which is supported (at least minus 50%) in the markets (with negative interest rate obligations) and not burden the Government’s fiscal management at the same time.

The paradox is that this “model”, which is a “secret” common to financial managers in Brussels, but also in other Eurozone countries, is not used even in conditions of pandemic and recession by anyone else … Not even in some its variant, except for some similar mechanisms, but on a much smaller scale in France.