He wants to cut Macedonia from the parades! 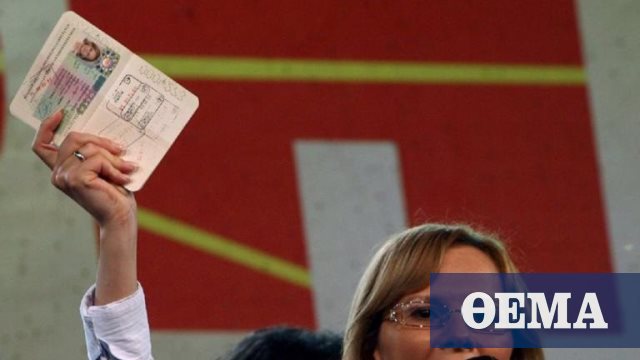 Invited to comment on the slogans on the Hellenistic Macedonian that were heard in the 28th. Stopped, they said … they did not move in the spirit of the friendship of the two countries!

The Minister of Defense and vice-president of her administration are causing FYROM, Radmilla Sekerinska, who asks the Greeks to stop singing "Macedonia famous" in the parades.

According to the reporter for the television station STAR, Sekerinska was asked to comment on the Macedonian slogans about the Greek, saying that … they did not move in the spirit of the friendship of the two countries and spoke of forces that opposed the regional reconciliation, which will continue to experience the Balkans.

This shows, the minister said, that the Prespa agreement is the right way to solve these problems by announcing that Skopje will then raise this issue.

Of course the Greek government is as committed to the conclusion of the agreement as we are, he added, according to the MIA agency. "But in Greece, as in" Macedonia, "the government is not the only political factor determining the agreement," he said. He added: "We have seen this in Greece during meetings organized by the opposition or other political groups, which have shown that they may even be prone to violence."

Watch the video with the STAR report