ERT1 – A tribute to the 45th anniversary of the polytechnic rebellion

The ERT celebrates the 45th anniversary of the polytechnic revolt, with anniversary specials, with the publication of historical documentaries from the Public Broadcasting Archive, as well as First and Secondary Radio programs. 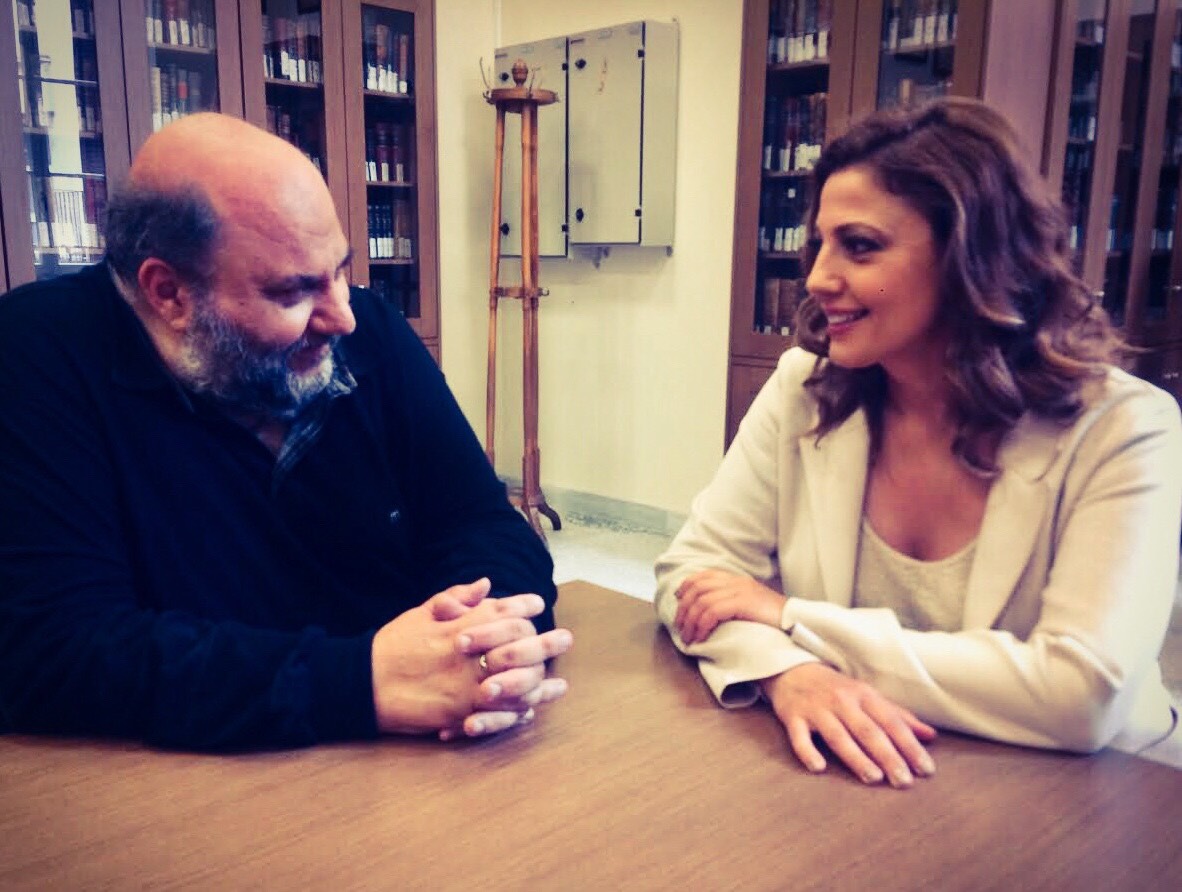 More specifically, on Saturday November 17, 2018 at 5:00 PM, the show "HISTORICO PERIPATHI" is broadcast with Marilena Katsimis, where the teacher Vangelis Karamanolakis guides us through the streets of Athens and talks about the history of the student movements. 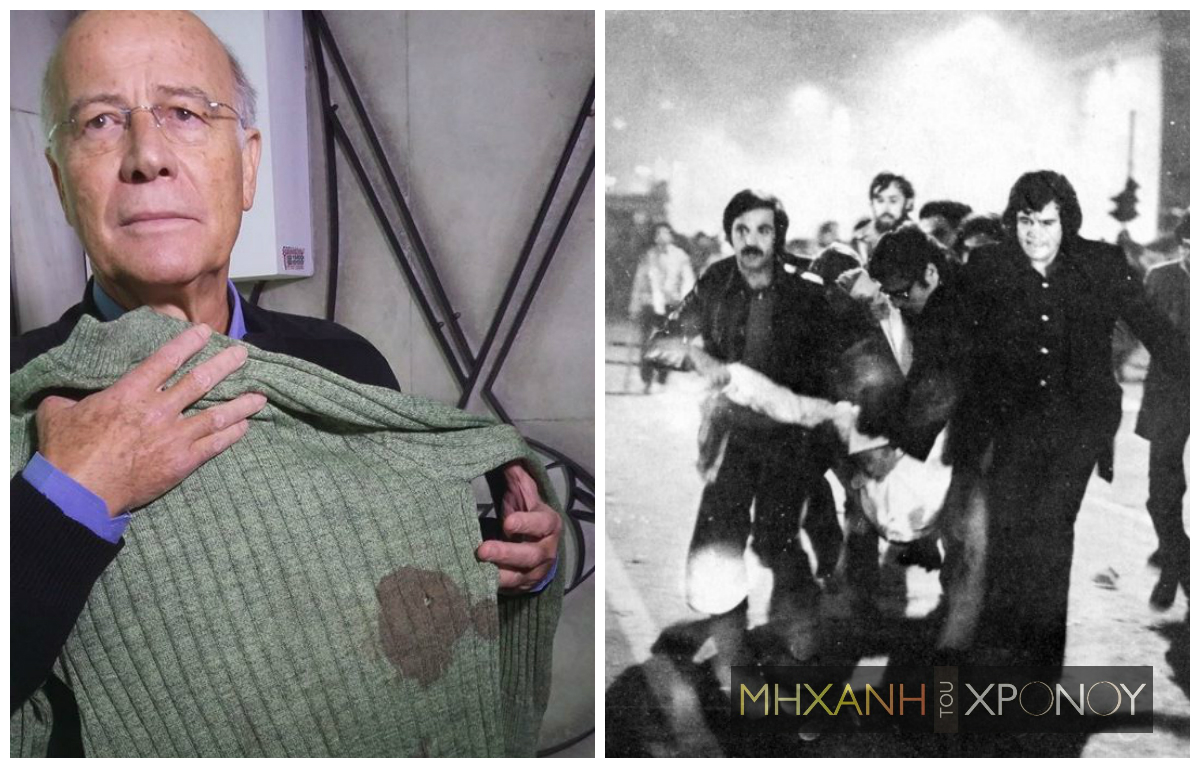 At 6:00 PM, "THE MACHINE OF TIME" is followed by Christos Vassilopoulos, who presents, through testimonies and documents, the secret plan of the Military Junta that seized the whole area with snipers and bleached the Polytechnic.

Then, at 7:00 p.m., the "OTHERS POLITICS" birthday tribute, produced in 1982, is broadcast during the time of occupation of the Athens Polytechnic while examining the parallel revolts in Patras, Giannena and Thessaloniki. Through the testimonies of the protagonists of the student revolts on the provincial campuses, we are observing how the student movement outside Athens began, from the beginning of 1972, to the forms of illegality, until its gradual massification, manifested in the antidrug political meetings in the fall of 73 Directed by Nestor Pavellas.

At 20:00, there are "POLITICAL DAYS WITH THE LIGHT OF FOREIGNERS AND THE GREEK RUNNING". The documentary by journalist Dimitris Papanagiotou, presented in 1978 on the occasion of the fifth anniversary of the rebellion, is based on film documents from professional agents who recorded the events with his camera. Greek filmmakers and collaborators of foreign news agencies describe scenes of the polytechnic rebellion they experienced as eyewitnesses.

At 22:00, the drama series "THE PETRINA CHRONIA", produced in 1986, directed by Pantelis Voulgaris, with Themis Bazakas, Dimitri Kataliopos, Irene Iglesi, Maria Martíka and Elias Kateva is broadcast. This is the true story of Babis and Eleni, two leftists who were arrested in the Civil War years, were arrested and sentenced to many years in prison, resulting in their marriage being postponed and their son being born and raised in prisons.

ERT2, on Saturday, November 17, 2018, at 9:00 PM, broadcasts the concert offered to the Municipal Theater of Pireaus, the ERT Orchestra of Contemporary Music in collaboration with the Christos Leonti Popular Orchestra. The musical works "Capitão" (Posse – Resistência – Libertação) and "Panela Fumada" are presented.

With the "Fragrancia Politécnica", through a special look, the journalists of the First Program, due to the historic anniversary of the revolt against the colonels' junta, as well as with the emphasis on political actuality and great diplomatic issues, the First Program of the Greek Radio , on Saturday, November 17, 2018. At the same time, there will be continuous live links to the Polytechnic website and the course that will follow.

At 9 am on the "Political Remanants" program, with Alfonso Vitali, the representative of the Republic of Cyprus, Prodromos Prodromos, talks about the investigations of the Cyprus EEZ, the Cyprus energy program, the Turkish challenges and developments for the Cyprus question. Political analyst Maria Karaklioumi comments on and analyzes the political opportunity.

At 10 o'clock, in the program "The First in Greece and in the World," Polydelakis Papadopoulos, in conversation with social scientists and social psychologists, will examine the concept of self-sacrifice for a public purpose in Western culture, and whether they may be contemporary phenomena such as the polytechnic rebellion.

At 11 am on the show "Ideodir", Irene Giannara and Ioanna Niaoti, they did a modest tribute:

1) "Polytechnic 45 years"
A little homage to the Polytechnic's birthday.
a) Sound documents from the ERT file.
b) Telephone interview with Feir Sarriocosta – Photojournalist.

2) "After the Polytechnic …"
"Dictionary of censorship in Greece". Cute Democracy, Dictatorship, Transparency Interview with editors of the collective issues Penelope Petsini and Dimitris Christopoulos.

At 12 a.m. on Aphrodite's broadcast program, Thomas Sideris edited a radio documentary on the anti-dictatorial student movement between 1972-1973.

At 14:00 in the "Radio" newspaper of the First Program, all the latest developments from Greece and abroad and live links from the area of ​​… (more)