Episodes in Thessaloniki in an event with the speaker Gavroglou 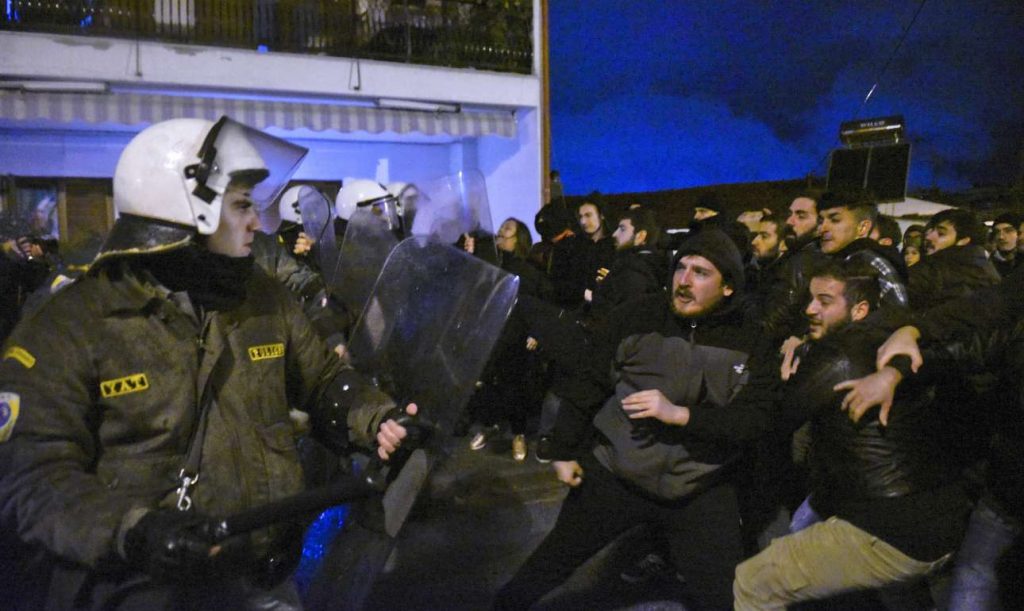 Enlargement was caused on Sunday at Sykeon's Second Lyceum in Thessaloniki, shortly before a planned event with the Minister of Education, Kostas Gavroglou, to talk about the new examination system for access to higher education.

After the police intervened, the situation was normalized, but the event was canceled.

Members of student and student clubs, as well as teachers and parents, tried to go to high school to protest against the ministry's policy.

There were police forces that did not allow access, and when those who were gathered tried to break the police ring and pass, police officers responded with chemicals and sparkling grenades.

The tension was later exhausted, but the organizers decided to cancel the event.

Far from school, a group of members of the Thessaloniki Macedonian Fighting Committee gathered, holding up Greek flags and shouting slogans against the government.

"We call today Mr. Gavroglou, at Sykeon Secondary High School, where we invite parents, students and educational staff from the four Gymnasia and Sykeon's three Lyceums to inform us and inquire about their concerns and concerns about the new project. law that was consulted, "said Petros Syriopoulos, president of the Association of Parents and Guardians of the 2nd GEL Sykies.

"Unfortunately, conditions that prevailed on the one hand with MAT and extreme organizations, on the other hand, I do not know exactly what happened, it was not possible to hold the event," said Syriopoulos, as the transmissions of the RES.

Thanasis Kokonas, president of the Federation of Parents Associations of Macedonia, said: "We have come to protest against the minister. The effort to hold a debate between them has finally been canceled with the responsibility of the organizers as well."