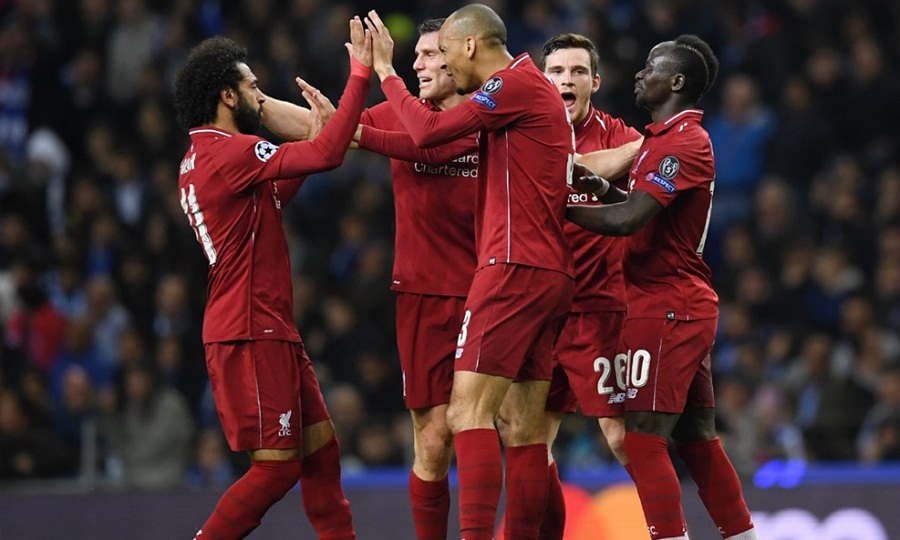 For the first time after 36 games, Firmino did not start on the main line, Origie began the match, but with the entry of Brazilian ace, Liverpool changed speed. Porto fought for half an hour to complain about something, but the only thing he could do was reduce to 1-2 temporarily with Militano.

Porto and Liverpool started with the same formation and 4-3-3. Firimino for the first time after 36 games stayed on the bench while Origie first played in the Champions League this year, starting left in the attack.

Porto entered the game and threatened only in 32 seconds with Corona coming from the right and finishing the phase with the left that only happened over the house of Alison. On day 7 Maragas is for the first time in a top position, but the shot does not particularly threat Alison who blocked.

The "Dragons", having entered with very good psychology, took 14 final in the first 30 minutes of the race and one of them was the center of Alex Telles, the one of Marginal that left.

Porto was very good, but could not find the way, despite the many phases, but without being completely clear. That's how we got to the 26th when Salah did a strange shot, which really came out. In the beginning, the finals will not count as an impediment, but with the help of the VAR Dutchman Makeley, he will count to make 0-1 against Porto.

Shortly thereafter, the Liverpool goal and in particular the 29th Brahimmy had another good attempt to threaten Alison's home, but the Brazilian forwarder was blocked. Porto tried to threaten, but not to the same intensity the first half and was the "render" that from an Alexander-Arnold center, they made a stage in the delays of the first part, with Milner to show, the ball to stay and to get out.

At the start of the second leg, Concession launches Sorens in the game to turn the system into 4-3-1-2, while Firmino replaced Origie, who failed to feel their presence in the first part. Clop, however, with the signing of Firmino also adjusted the system to a 4-4-2 with the Brazilian just behind the Salah, Manne and Milner at the points and Bynaldum with Fampinio at the center.

Porto tried to be more aggressive with the presence of Soras, who grabbed a head to threaten the clubs of Erera, but the ball went out, while in the 57th goal of the Porto captain, Alison was blocked. Another important moment in the 62's for Porto with Felipe after running foul and while he was alone in front of the goal to fail.

At age 65, the qualifying case ended in a phase where Firmino stole the ball with Liverpool to defend himself and then gave an exemplary counterattack. Winaldum gave Arnold and he pulled a brilliant diagonal ball to Salah, who defeated Casia to make 0-2. Porto at least found almost immediately a repeat with the Militano goal in the 69th with a head after a corner kick by Terles to reduce to 1-2.

Mane's non-sporting opportunity at 73 'after Hederson's unbeatable pass that had passed a little earlier in the game, with Senegalez passing through Casasia but losing the goal to an empty goal after opening the ball to the right and lose your balance. But at age 77, Henderson's assistant picked up the spot when he found Firmino's head 1-3. At 84 & rdquo; one of them made a 1-4, while Milner made the left, and Manne took the first head and Fan Dick headed 1-4.