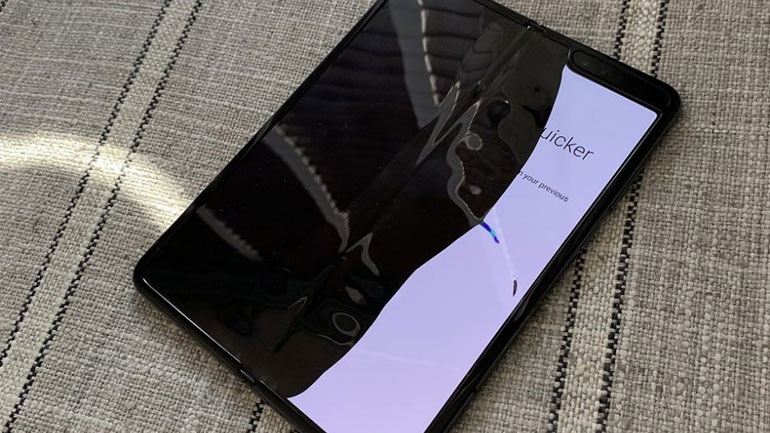 Any new technology, such as retractable phones, is designed to present problems, which are expected but not to a large extent. The first folding device arrives in a few days in specific countries of Samsung and costs $ 2,000. Several days before the official launch, overseas technology media reporters received some devices.

The first reactions were fierce, with the folds becoming the new hobby of technology fans around the world. But evolution was not expected. The resilience of the foldable screen is the key to these phones and Samsung is the first to be hit, since many devices have already exhibited problems on their screens.

CNBC's Steve Kovach was the first to post his problem with Galaxy Fold. As you can see, the left screen flashes and finally exits and does not light up again.

Mark Gurman, of Bloomberg, also published his own problem. On his own device, the screen was dark on the left, and then the black and the right spread.

The Galaxy Fold review unit screen is completely broken and unusable in just two days. Difficult to know if this is generalized or not. pic.twitter.com/G0OHj3DQHw

He said he removed a Samsung screen protector that should remain, according to Samsung's instructions. He said he did not know when to remove it, as consumers would not know how he claims it. Probably the problems started with that.

The phone comes with this protective layer / film. Samsung says you should not remove it. I removed it, not knowing that you should not (consumers will not know either). It looked removable in the left corner, so I took it out. I believe this has contributed to the problem. pic.twitter.com/fU646D2zpY

Dieter Bohn, of Die Therge, had a different problem with the Galaxy Fold. Notice a small protrusion below the screen just in the fold. This point distorts the image being displayed. The first samples of Samsung's first foldable device are not good and are definitely not good for a phone that costs $ 2,000. This is a first generation device and the problems are expected, but perhaps not the kind that make smartphones inoperative.