A fourth case was confirmed in Parliament 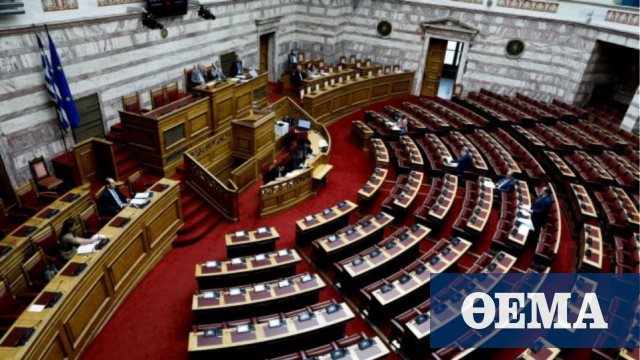 Another coronavirus case was located in Parliament. It is asymptomatic employee in Parliament, which was positive on Friday night.

The service official in Parliament (Board of Standing Committees) did not attend Mass and Parliament after Thursday, October 15.

It is remembered that On October 21, another case was reported. He was an official of Parliament on duty outside the main building (Mansion Arvanitis). In fact, after the announcement of the 3rd case new measures have been announced as mandatory mask use, distance maintenance and good ventilation of the facilities, rolling hours are mandatory in all services, teleworking is mandatory for 40% of the employees who come to work and under the responsibility of all supervisors the employees belonging to groups vulnerable do not attend their work.

The others Two cases occurred in a peripheral building that houses Parliament’s services.

“On Friday evening, October 23, an asymptomatic case with PCR positive for SARS-nCOV2 was found in a House of Parliament official (Directorate of Permanent Commissions), who did not attend the service and Parliament after Thursday. , October 15. Although the tracking protocol required the control of the contacts of the case only 2-3 days before its positivity, it was considered appropriate to track and evaluate your contacts on the last day of your arrival at work. nearest -22 individuals- underwent molecular PCR on 10/24, which was negative for all on 10/25. In addition, tdisinfection was carried out on Saturday morning in all offices of the specific service and in the common areas on the first floor of the Megaron “, states the relevant announcement.