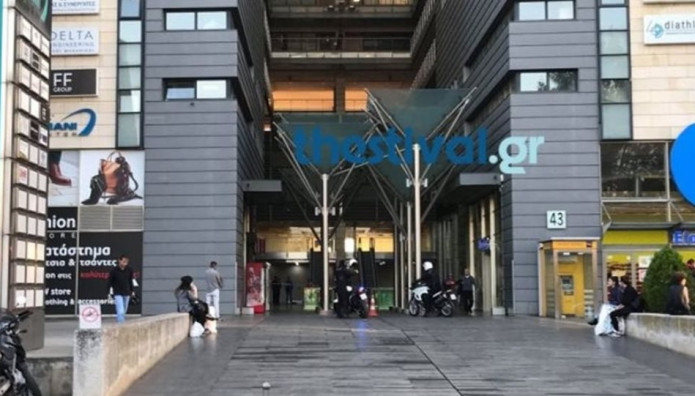 The suicide of a 38-year-old man last October shook Thessaloniki. Byron, 38, left the 5th floor of the city's commercial center.

The 38-year-old sister tagged a text on Facebook, revealing what her brother had spent the last days of her life. He complains that he was raped in the army, which overwhelmed his mental health, leading him to suicide.

"My brother, Vyronas, was a brilliant and talented child.Everybody was saying this.It was told by his teachers, his friends and those who knew him.It was later told by his colleagues and his teachers at the school where he was attending And we all know that he was a son of humor, intelligent, sensitive, creative, and often made me laugh.I love to spend time with him.We do not scold or eat all the time, as brothers do.

She knew how to hold, caress, show affection. He was yelling at me. He was a man with skills. He liked to climb, climb, play the violin, guitar and scream where and when a little ladybug. He was good at arts and techniques. He studied at TEI Thessaloniki, Electronics. He had learned martial arts. In the army, he was a probation officer. In recent years, he worked for a biotechnology company in Thessaloniki.

"Sexually assaulted in the army"

My brother did not lose him in one day. Suddenly, I lost it the night of October 31, 2018. But my brother died for a long time, a little. My brother started to lose him when his father told him not to be "so sensitive" because men must be tough. Since then, he has been trying to prove in every way that he was a "man." I missed another piece when he returned from the army, crushed because some sadistic shuffles that had a problem with sensitivity as a male trait and they were mocking him so we resisted him one night throwing a substance in his drink that the left unconscious. and sexually abused him.

I lost another part of him when he began to hallucinate and heard voices, and psychiatry said that he was schizophrenic, and society carried him with remorse for a simple biochemical imbalance in his nervous system, and the stigma of the mentally ill. I lost another part of him when the spiritualist to whom he went to help him said that the voices he hears are satan and need to repent and constantly confess their sins, filling him with guilt for things that were not his responsibility. .

But my brother did not want to be a victim. Fight with everything. In his place, with his illness, no one works. But my brother, for years, got up every morning and went to work. He took his medication, he took courage, his stubbornness, his unwavering will to live and continued.

"Bullying and its work environment"

In his work environment, he faced the same bullying he had experienced throughout his life with the "men" who were his "brothers." In a workplace where verbal (even physical) violence was acceptable as a sample of masculinity, where the roar and threats were every day, where for every thug caused by the economic crisis and the emotional burden on their bosses had to be excited with himself, and it was okay, because it was masculinity, my brother was getting lost every day. He worked constantly, without any break, seven days a week, even without money.

It worked until it melted, and almost 80 pounds were made. He worked incessantly to prove that he was not a schizophrenic with the clue of the insane and the handicapped, worked to prove that men could bear everything, worked to offer even when unpaid, because he considered their work to be a social function, worked under conditions that anyone would have knocked him down. I had asked him an infinite number of times to go out, to rest, to take care of himself …

If he had not exerted so much violence on his sweet body, my brother would live. He would live because his family did not take him as a "mental patient," did not reject him, shut him up on the crutch, put him in a psychiatric bed and did not kill him, get rid of him, and give up. My family loved him and supported him even when he did not agree with his decision to work until he was dissolved.

You are not a man. My brother deserved as much as a thousand of you. His death is also your responsibility, because you steal it all those years, taking a piece of it all the time. You are not a man. You are thieves, subhuman and inhuman, and if there is justice in this world, I hope you get what you deserve. "