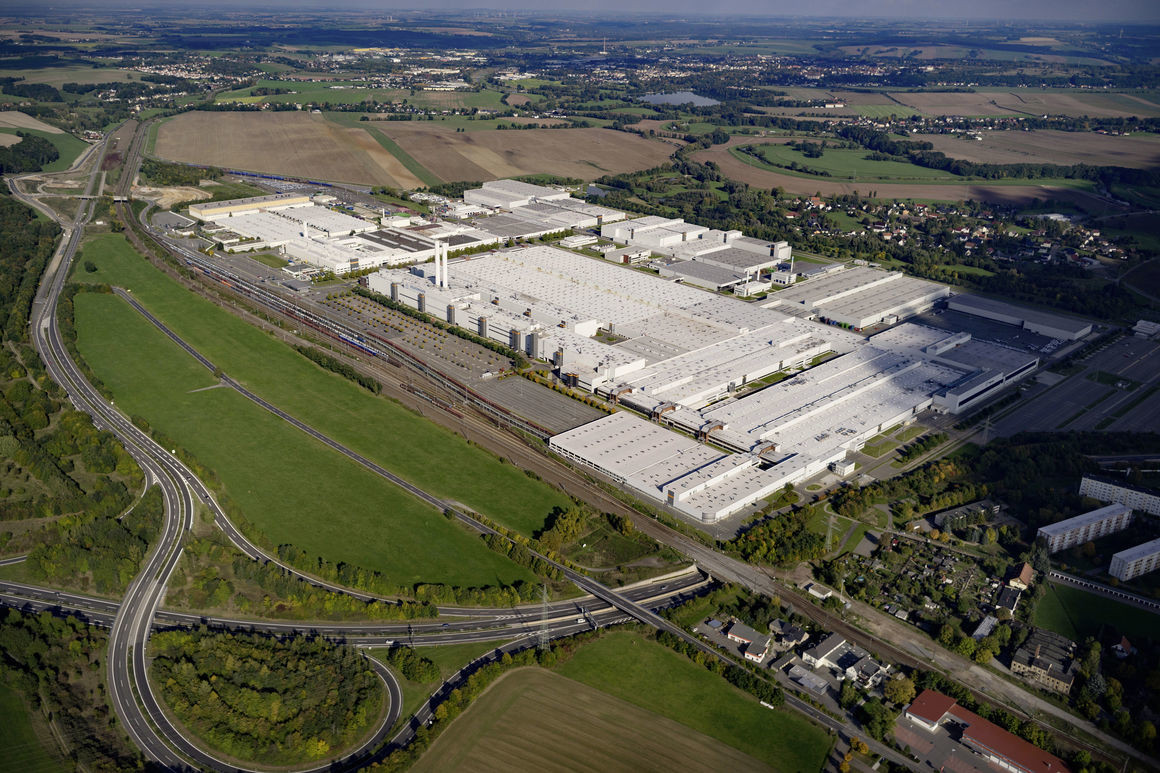 Zwickau, the seat of VW Saxony, played no special role in the group until now and was only extended to other factories in which golf was also built. Now that has changed, now Zwickau is the model factory for the future of the group. With the start of ID production. a new era begins for VW. "We want to take e-mobility out of the niche and make e-car accessible to millions," says Thomas Ulbrich, a member of Volkswagen's board for electromobility. The ID.3 is the Beetle and Golf to become the third Volkswagen Volkswagen.

Automotive engineering in Zwickau has a long tradition. More than 100 years ago, August Horch and Audi began producing vehicles. The companies merged with Auto Union and then renamed Audi. VW founded Saxony in 1990 in the Volkswagen region, today the company is the largest employer in this federal state with 10,000 employees in three locations. In the engines of Chemnitz are built, in Dresden the electric golf and in Zwickau, the two variants of combustion of the Golf: sedan and station wagon.

Already in the fall of this year, the first fully electric identification models will leave the production line. Gradually, the production of the burners will be reduced – and fueled by electric cars. From 2021, only electric cars will be produced in Zwickau, the factory capacity is 330,000 vehicles. "We are the benchmark in the Group and the world's first factory in the global auto industry, which is being converted from an internal combustion engine to an electric drive," says Reinhard de Vries, Director of Technology and Logistics at Volkswagen Sachsen GmbH. about 1.2 billion euros in the project.

As the first electric car VW builds in Zwickau the ID.3 1 with high level of equipment for the price of just under 40,000 euros. 30,000 vehicles will be produced from there, for a good 20,000 already there are pre-orders and advances have been made. From the second quarter, the normal ID.3 will be manufactured. Its price is just under 30,000 euros. Then follow the ID.crozz, another VW electric car, which is still secret, the Seat el-born and two Audi models, which have also not been named. By mid-2021, the start-up of these six models will be completed, which means every six months a new vehicle produced. This is also a benchmark in the automotive industry.

Every one and a half minutes an e-car

All six vehicles are based on the VW modular electrification kit. "The trick is that the platform is very simple", says de Vries: "two axes and between the battery". As the first location in the world, Zwickau will take the pioneering role for this future platform. By 2022, seven more VW production sites will be converted into factories for electric cars. Volkswagen is investing 44 billion euros in electromobility and digitizing its factories. It is the largest electric offensive in the automotive industry. The ID.3 is produced on the balance CO2neutral.

Most of the investment in Zwickau flows into the workshop. A new press shop will be built to the existing one, so that all parts of the entire outer sheath can be pressed in place, which significantly reduces logistics costs. The degree of automation in production is significantly increased, so the cockpit is assembled fully automatically. At full capacity of assembly lines, an electric car will exit the conveyor every 1.5 minutes. The cycle time of the burners is 1.6 minutes. "Due to automation, fewer assembler's manual skills are needed in assembly, but more factory operators are needed," says de Vries, for example, for the cockpit. In addition, much more knowledge about electronics is needed. In conventional golf, the commissioning of a vehicle takes 22 minutes. This refers to the training of software, for example, control units with each other. The ID.3 takes 52 minutes.

Moving in the Closet

Although fewer people are required to produce electric cars because fewer than a quarter of parts are needed, all jobs are preserved. "We can do this by increasing production by ten percent," de Vries says. The transformation to electromobility follows a huge qualification program. "All about 8,000 employees are being trained in electromobility," says the manager; those in the administration basically, those in the tape altogether. By the end of 2019, 13,000 training days will be held.

The biggest challenge facing de Vries at the moment is the rebuilding of the factory with continuous production and existing structure. The conversion takes a total of three years. In the summer of 2018, the modernization of production lines began. Until the start of ID production. In November 2019, the first of two production lines will be gradually established. For example, all transportation technology has to be rebuilt and replaced due to heavier electric cars, batteries make electric vehicles difficult. About one third of existing installations will continue to be used. 50,000 square meters of space will be built and 1625 robots will be assembled. As the plant expands and optimizes, production is automated and digitized – with continuous Gulf production. "It's like changing clothes," de Vries says. So far, it seems like everything works.