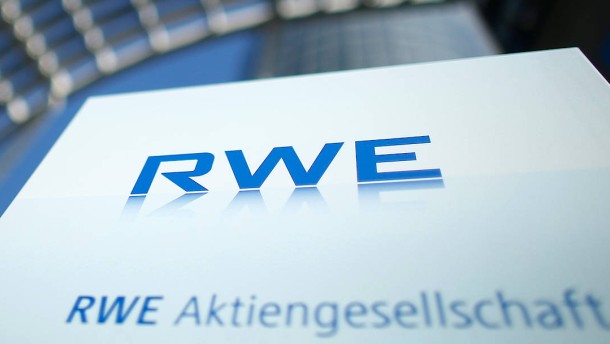 DFor a long time, it has been focused on nuclear and coal power companies. The focused energy company RWE wants to expand its green electricity business with billions of investments, boasting the expanding markets in North America and Asia. "Renewable energies are becoming a globally important and growing business for us," said CFO Markus Krebber. "We expect to invest billions of euros in expanding business in the United States in the next few years."

By the second half of the next decade, at the latest, the utility wants to enter the Asian market for renewable energy sources. "The preparations are starting now."

With the planned acquisition of the green-energy business of the subsidiary Innogy and Eon by the end of the year, the environmental critics want to become one of the largest producers of green electricity. If the European Commission agrees to the entire exchange agreement with Eon, RWE would have ten-gigawatt green power plants at one time – roughly equivalent to the production of ten nuclear power plants.

And it should not be like this. "We ourselves want to invest about € 1.5 billion a year, along with partners, the combined sum of € 2.5 billion," Krebber announced.

"Want to invest in all technologies"

With the jump to more distant markets, such as the United States, utilities are also responding to declining state subsidies for green electricity in this country. For larger projects that require a lot of capital, partnerships are common. Thus, the utility of Karlsruhe EnBW also targets the US offshore market and is willing to cooperate. EdF de França and EDP de Portugal allied themselves with the oil company Shell. RWE also signed on Wednesday a new credit line of more than five billion euros to expand its operations.

"We want to invest in all technologies – offshore wind, offshore wind, solar energy and storage," Krebber said. The main market for investment in the next few years in offshore wind energy is Europe, for wind power off the coast of North America and Europe. "For photovoltaic energy, North America, Europe and also Australia are relevant."

The supplier, founded in 1898, intends to operate the green electricity business under the name RWE Renewables in the future. The division will immediately become one of the most important pillars of the RWE parent company, which will continue to include conventional generation and commercialization. In the first year after the conclusion of the exchange transaction, it is expected to contribute more than half to the Group's adjusted Ebitda.

Krebber, 46, has been a CFO since October 2016. The graduate economist is considered a successor to RWE CEO Rolf Martin Schmitz (61). This was due to his commitment to lignite after the CEO of RWE Harry Roels 2006 and Jürgen Großmann 2010 last year by the German Union for Nature Conservation (Nabu) received the Anti-Dinosaurs Award of the Year.

Eon and Innogy have made progress in the United States. More than 650 employees are already on site. RWE acquires three gigawatts of land-based wind farms. Another eight gigawatts are in the pipeline, Krebber said. "Very good locations for wind turbines in the United States are between the Great Lakes in the north and Texas in New Mexico in the south."

Eon had built mainly facilities there, Innogy acquired an attractive portfolio in other countries such as Ohio and Pennsylvania. "The areas mentioned in the future will continue to focus on the future." The Group wants to develop and build projects on its own. "We currently do not plan major acquisitions of other companies in the field of renewable energy." Offshore wind energy is particularly interesting in Asia, for example in Japan or Korea. "I can imagine that we will make a big investment in Asia by 2025."

The last big RWE exit to the United States was a failure. In 2003, the company had taken over water concessionaire American Water Works for a good 4.5 billion euros plus debts. Six years later, and after great losses, the Essenes repelled the company. "Our previous North American activities in the water sector are by no means comparable to the current ones," Krebber emphasized. With American Water, RWE entered into a business that had nothing to do with the rest of the Group's activities. "This is different with renewable energy."