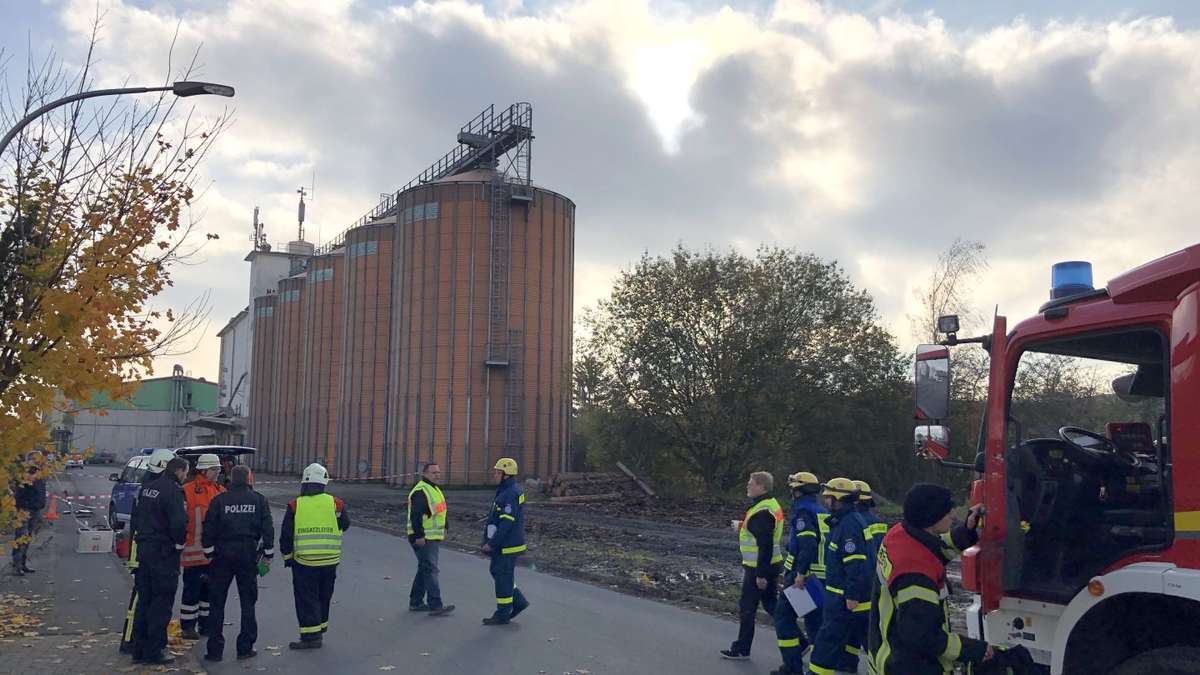 Large-scale fire brigade operation and technical assistance organization in Rosdorf. There was a crack in a grain silo on Monday. The emptying began at night.

Update on 11.11.2019 at 18.08 Watch – Emptying of the defective silo has started. Previously, the lower part of the structure had been stabilized. At 5:45 pm, after an examination, the railway block was closed. However, trains can only pass the track at a slow pace.

Update on 11.11.2019 at 17.37 clock – The grain silo at Rosdorf is still threatening to burst. As before, the danger is not prohibited. Therefore, the railway line must remain "until further notice" blocked.

Therefore, Cantus passengers should continue to expect deficiencies. Meanwhile, the lower areas of the boarded-up wooden silo are protected, reports Christian Henke, a spokesman for the Rosdorf fire department. Therefore, the building should receive additional stability.

Rosdorf Grain Silo: Why Crack Was Created It's Not Yet Clear

The fire department is aiming for a longer deployment and has installed lighting on site. The German Federal Technical Assistance Agency has also implemented additional special technology. Therefore, prisms were attached to record possible silo movements even more accurately.

First recorded on 11/11/2011 at 2 pm – Affected is filled with 900 tons of wheat silo, a grain storage directly on the Eichenberg-Göttingen railway line, which is therefore blocked.

The owner of the silo factory had alerted rescue workers at 11 am because the grain had leaked. An initial check revealed that there was a crack about 12 inches long and perpendicular.

Rosdorfer's fire brigade and police at first protected the area widely. Fire brigades were in action with more than 20 assets. In addition, the Technical Assistance Organization, which has static specialists, was alerted.

Initially, the Göttingen THW was in place. In addition to an expert advisor from the university town, a construction consultant from the local Großalmerode association was alerted. In addition, Northeim site security personnel were on site to detect possible building movements to less than one millimeter. THW had about ten active people on site.

Map: Here you will find the grain warehouse in Rodsorf

In a first study, no movement of the silo was detected. However, it was still decided at the site to empty the silo. It will probably take about ten to twelve hours. At least part of the grain can be pumped to other silos.

Due to the existing danger, the railway line between Göttingen and Eichenberg remains closed. Travelers traveling with Cantus face disabilities. Long-distance traffic with ICE and IC is not affected because these trains run on the new line.