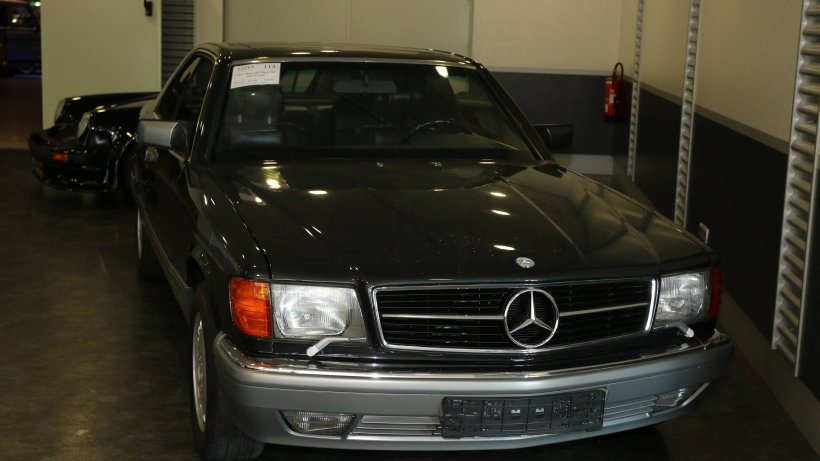 Notre-Dame: Investigators have discovered a cause of fire

Mercedes by Oliver Kahn on Ebay

Kahn is considered one of the best goalkeepers of all time. Between 1994 and 2008, he was in the box with Bayern, won in this time several championship titles and 2001, the Champions League. As substitute goalkeeper, he was also European champion in 1996.

The 2002 World Cup was probably the biggest tournament of his career. Thanks to their parades, Germany reached the final. Here Kahn became a tragic hero after a mistake.

The seller does not want to drive the car? "With a heavy heart," it separates him, but as a car salesman you have to be able to separate. And that's why he waits for 10,000 euros. He also puts an extra at the top: if he gets 20,000 euros for the Mercedes, he wants to donate 5%, reports the Mercury.

So far, 93 proposals have been sent. Stand now (Easter Saturday, 4:40 clock) is the highest bid of 11,500 euros. On Sunday, the auction expires on Ebay. Let's see how much fans of Oliver Kahn still offer. Click here for the eBay auction >>>

The Ebay auction is still in progress until Easter.

+++ Danger of explosion: mountain in the Alps threatens to fly in the air +++

Cars that once belonged to famous personalities, always reach high prices. An Olpe man won almost 200,000 for a VW Golf used in 2005, which he had offered on Ebay. The car has already been admitted to Joseph Ratzinger – the later Pope Benedict XVI. (Tg)