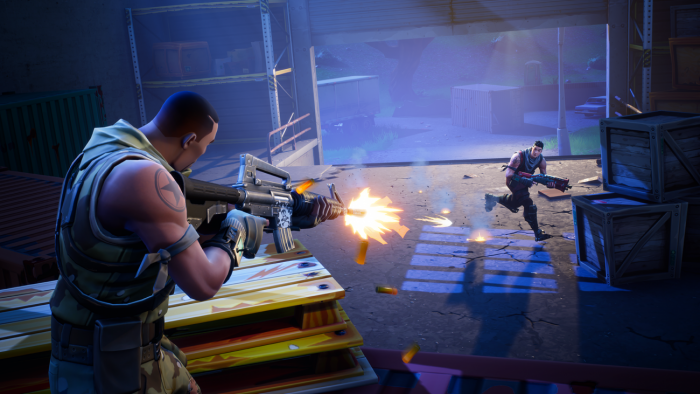 Starting next week, you'll be able to control Fortnite on the Xbox One with a mouse and keyboard. Microsoft announced this as part of Fan Fest X018 in Mexico. The Fortnite shooter is one of the most played video games of all time. It's next to the Warframe co-op shooter one of two titles that can be operated from next week on Xbox with mouse and keyboard.

According to Microsoft, the November bomber team, Deep Rock Galactic, Strange Brigade, Vermintide 2, War Thunder and X-Morph Defense are crawling. Later followed by Sons of the Dead, DayZ, Master of the Minions, Moonlighter, Vigor, Warface and Wargroove. Starting next week, however, all developers should have the opportunity to customize their game on the mouse and keyboard.

This step is completely optional, Microsoft announced in September. Microsoft offers developers the ability to include mouse and keyboard support in their game as an alternative to the gamepad – not as a substitute. Ultimately, therefore, the decision is up to the developers.

Mouse and keyboard are usually superior to gamepad

For years, Microsoft has promised full support for the mouse and keyboard on the Xbox – now the company finally puts that step into practice. The mouse and keyboard are more accurate than gamepad controls in many games, especially in shooters. In competitive online shooters, mouse players have a significant advantage.

In other genres, including sports and fighting games, the game pad is always ahead of the pack, due to its varied control and easy-to-reach buttons and triggers. In addition, because the gamepad is easier to use on the couch, it will continue to be the standard input method on the Xbox.

To solve this problem, players can be sent to separate servers using the mouse, which, however, divides the base of players. As will be discussed in the future on Xbox, stay with the respective developers.