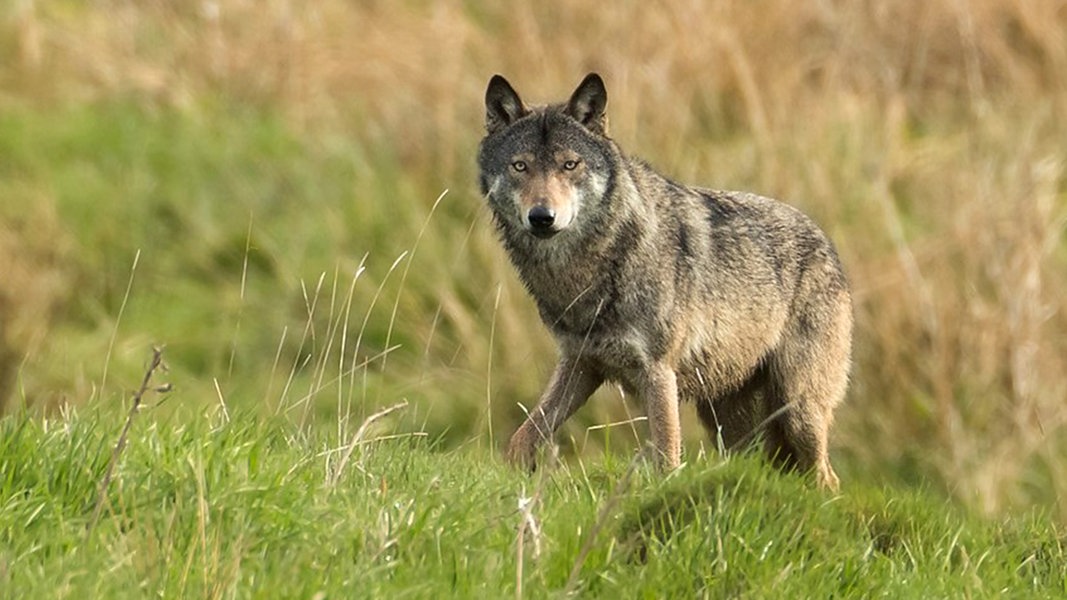 Boars are massively destroying meadows and fields, the hunters complain.

The Sonnenborstel hunting cooperative in Steimke municipality can not prohibit citizens from entering a forest in the Nienburg district at night. The general ban is not lawful, according to the Ministry of Agriculture of Lower Saxony, on Wednesday. A closure of the forest by a hunting association is not possible, it was said. In principle, all people should be able to enter the free landscape, which also includes the forest, and recover there. In addition, the relevant district did not approve the ban. The Ministry attributes this, among other things, to formal errors. The background is the dispute over the approved release of Rodewalder Leitwolf.

The Ministry of the Environment renewed the license to dismiss a wolf in the Nienburg district for another month. The man with the ID "GW717m" must be killed by the end of April.
Video (00:25 min)

Wolf guards make noise to ward off the wolf

The hunters complained that the wolf guards roamed the area in the area making loud noises to keep the male away and prevent him from falling. The noise, in turn, disturbs the animals in the forest and also makes it difficult to hunt wild boars. Therefore, the Sonnenborstel hunting cooperative decided to lock the forest at night, between 6 pm and 8 am, until Tuesday at midnight. One of the wolf guards emphasized to the NDR 1 Lower Saxony that he and his colleagues were not in the woods but only on dirt roads on the brink.

The purpose of the entry ban is not to finally kill the wolf, said district farmer Tobias Göckeritz in NDR 1 Lower Saxony, before the Ministry gave his opinion. State Agency of Lower Saxony for Water, Coastal and Nature Conservation (NLWKN) already extended twice, because the hunters could not kill the male within the established period. The real goal is to shoot more boar. "Boars are massively destroying our meadows and fields and causing considerable damage," says Göckeritz. Due to hunting disturbances, significantly fewer wild boars were killed. In addition, it should be prevented by the entry ban that injured on the people of hunting.

County and police saw no interference

The hunters had already made a request to the district and asked for help to calm the forest, at least during the night. However, this request was rejected, according to Göckeritz. The police are also unable to avoid the disturbances. "The last remedy that has been suggested to us is to ban entry for a week," Göckeritz said. So the hunters wanted to bring more peace into the forest and use the full moon for the nocturnal hunting of the boar.

The release license for the leading wolf of the Rodewalder package was extended until April 30. This was announced by the Ministry of Environment. The deadline for killing would have expired on Sunday. (2019/03/29)
more

African swine fever threatens – and boars can transmit them. The Ministry of Agriculture, therefore, wants to reduce the population of wild boars and pay prizes to the hunters. (2018/10/22)
more

African swine fever has been detected in wild boars near the German border in Belgium. Agriculture Minister Otte-Kinast speaks of a "tangible threat". (2018/09/14)
more

This topic in the program: