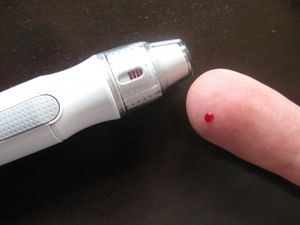 According to current complication research, women are significantly more affected than men.

Amsterdam (pte001 / 15.11.2019 / 06: 00) – In diabetes, women are most affected by vascular complications, according to a study by the Amsterdam University Medical Center http://vumc.com. Cardiovascular disease occurs 15 years earlier in diabetic patients. They are also the leading cause of morbidity and mortality in this group of people. In women, the relationship between diabetes and cardiovascular disease is particularly pronounced.

More women are dying of diabetes than men worldwide. This is proven by the value of 2.1 versus 1.8 million per year. This increased risk of death is mainly due to the increased risk of cardiovascular disease. Coronary artery disease is more commonly reported and more deadly for patients. Women with diabetes are 1.81 times more likely to die due to the consequences of this disease.

Peripheral vascular disease is the most common indication of cardiovascular disease in patients with type 2 diabetes. They occur in women about 1.8 times more often. Heart failure is the second most common symptom. Women with diabetes are five times more likely to be affected. Men with diabetes are twice as likely to be at risk.

Science is still looking for explanations for gender differences. One possible cause of the increased risk of heart failure may be that a specific form usually occurs in women. In addition, women with diabetes are more likely to be affected. In systolic heart failure, the heart maintains its pumping function. Increased stiffness, however, results in reduced relaxation after contraction.

According to senior author Joline Beulens, a healthy lifestyle is crucial for men and women in preventing diabetes. "As obesity increases, the number of diabetes disorders has increased dramatically, and we know that type 2 diabetes is a lifestyle-related disease."

Therefore, by altering the behavior of humans, further propagation can be contained. According to Beulens, there is an urgent need for action. By 2040, 629 million people worldwide would have diabetes. The research results were published in the "European Journal of Preventive Cardiology".