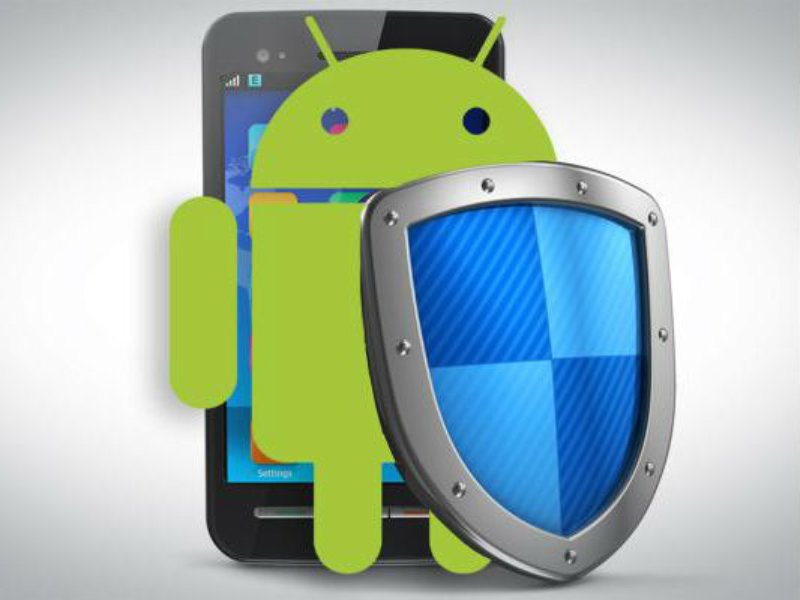 Google has investigated the proliferation of potentially harmful applications (PHAs) for its Android mobile operating system. The company found that the likelihood of malware infection increases with the age of the operating system version.

The share of devices with at least one PHA is included on smartphones and tablets android 5.x lollipop at 0.66 percent. On Android 6.x Marshmallow, it drops to 0.51%. 0.25 percent of devices running Android 7.x Nougat are infected with malware, according to Google's security report. For Android 8.x and Android 9 Pie, the share shrunk to .14 or .06%. 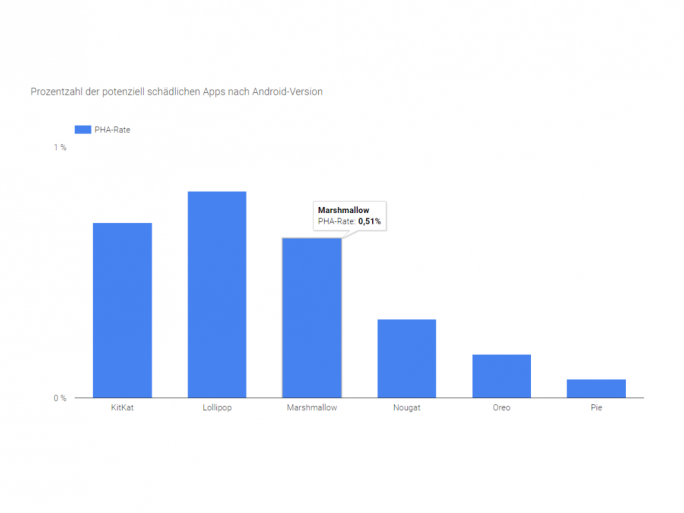 On Android 5.x Lollipop, the PHA rate is higher with 0.66%, and the lowest, with 0.06%, for the Android 9 Pie (Image: Google).If you look at the current distribution of Android versions, the low proportion of Android 9 Pie could be explained by the low distribution of the latest version of the operating system, which was 0.1% at the end of October. For Android Oreo, which was last run on 21.5% of all Android devices, this argument can no longer be used.

However, it should be noted that especially marshmallow smartphones and tablets and older versions of the operating system, which, according to statistics, are more susceptible to malware, have not received current security patches – usually not for months. Therefore, there is also a connection between the prevalence of PHAs and the availability of security updates.

However, the spread of Android malware does not seem to depend solely on the version of the operating system and the updates available. Google also takes regional differences in its numbers. In the ten countries with the most Android devices in the world, the danger in India and Indonesia seems to be particularly high for an infected device. In both countries, Google found a malicious application on 0.65% of all active devices at the end of September. The US came in third with 0.53%. The tail lamps are Germany, Turkey and South Korea, each with about 0.1%.

Google statistics should also prove that the Play Store itself is a secure source for Android applications. Overall, Google's security check, Play Protect, reported in late September that at 0.61% of all Android devices, there was at least one harmful app. If you limit discoveries to apps in the Play Store, sharing will drop to 0.09%. Even though the Play Store is more secure than installing sideload applications from other sources, all applications are always malware-free, so Google can not guarantee that.

The "Android Apps Security" report is part of Google's Transparency Report. In addition, Google is also releasing an annual Android security report, due to be released in the first quarter of 2019.