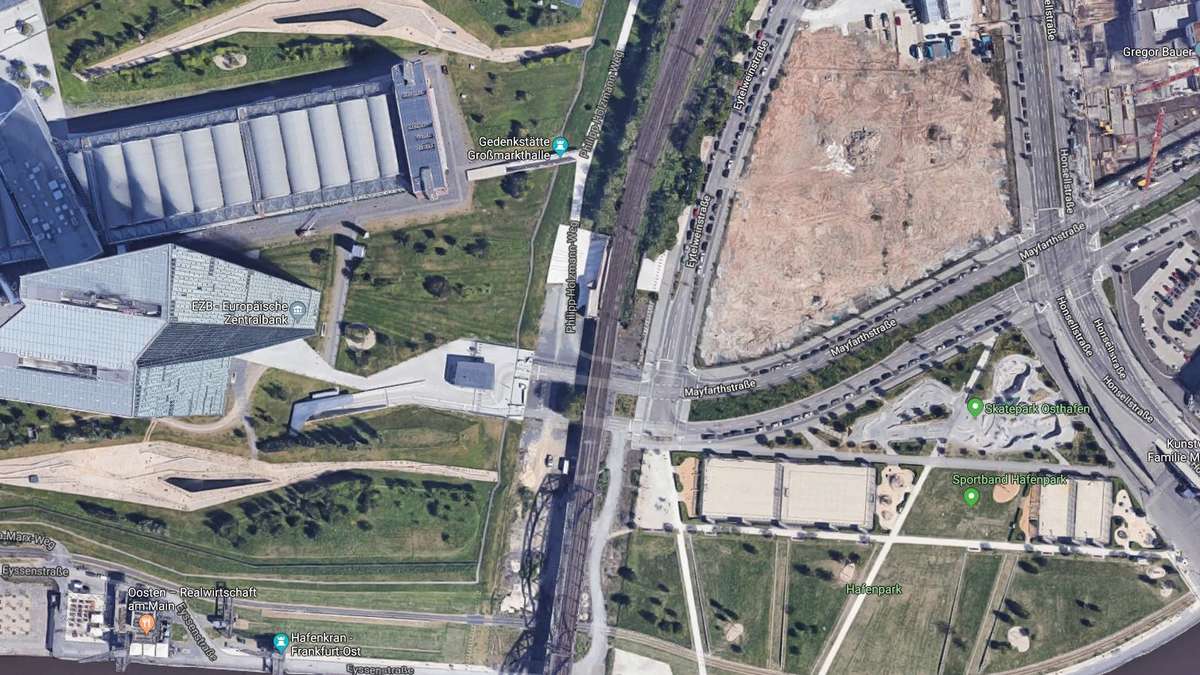 A World War II bomb was found in Ostend, Frankfurt. The police make everything clear. Specialists check if the pump needs to be deactivated.

Update 17:20: And another bomb in the Rhine-Main area. In Hanau a bomb was also discovered during construction. However, according to various media, this is a much smaller failure, which should also be disabled in the coming days.

Update 17:00: Although the blockade of the Frankfurt-South and Frankfurt-East stations is canceled, passengers still have to wait for delays. This was reported by the Koblenz Federal Police, which is responsible for the railway lines in Hesse, Rhineland-Palatinate and Saarland. Possible delays mainly affect the many passengers on the way home.

Bomb in Frankfurt – Police give everything clear

Update, 16:55 clock: In the coming days, the police wants to announce information about the deactivation.

Currently it goes from #Weltkriegsbombe in #Frankfurt no immediate danger.

Except for the place of discovery, the barriers will be lifted for now.

Information about a possible deactivation in the next few days follow.

Update, 16:45: According to information from the Hessenschau, there is a 500 pound bomb. The explosive would be twice as big as the bomb that recently exploded in Limburg and a giant crater ripped through the ground.

Update, 16h35: The police make everything clear. The pump is not initially an immediate hazard. The port park lockout is canceled. The railway lines are free again. It is not yet clear when deactivation of the pump should occur. It seems that though

Update, 16:10: According to the RMV, regional trains are also affected by the suspension. Trains marked RE54, RB58 and RE59 should be diverted via Offenbach. This was reported by RMV on their website.

Update, June 25, at 4:01 PM: S-Bahn traffic is affected by bombing. As the police informs, the route between the Frankfurt-East and Frankfurt-South stations is closed.

In Ostend, Frankfurt, a World War II bomb appeared on a construction site. The site is located near the port park and the European Central Bank. The harbor park was closed by the police until further notice.

Bomb in Frankfurt must be inspected by ammunition release service

According to Frankfurt police, the Darmstadt dispatch service is on the way to clarifying what kind of explosives it is.

#Frankfurt you have to be strong!

As soon as we have more information, you will learn here.

Until then, the surrounding area, especially the #Hafenparklocked.

Initially unaffected by the closure is the access road to the Honsellbrücke on the Honsellstraße. Police said by tweet. More soon.

In April of this year, a bomb was discovered and exploded in the Main not far from the current location.

Giant Crater in Limburg: How the bomb could explode – and how it goes now

A large explosion left a large crater in Limburg. But how could the bomb explode? And how is it going now?

* fr.de and is part of Ippen digital digital publishing network.