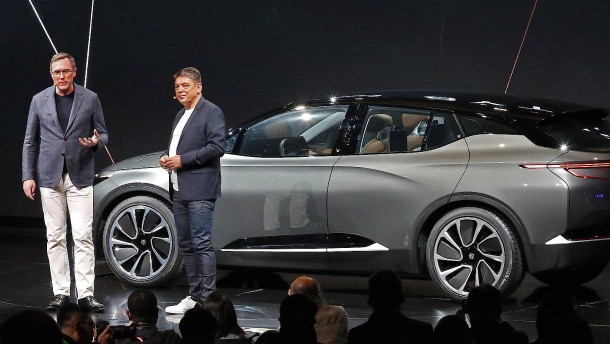 By the end of January, Byton had restructured the administration: Breitfeld became chairman of the supervisory board and co-founder Daniel Kirchert took over as CEO. Some saw this as a relegation Breitfelds, who was previously chairman of the board.

Byton is confident it will achieve its goal of delivering the first cars in China by the end of this year – and then in Europe and the United States next year. This confirmed Byton's boss, Kirchert, in a message in which he thanked Breitfeld for his work. Other models will follow soon. The cars must drive partially autonomously.

Meanwhile, Breitfeld has apparently already found a new employer: he should be the boss of the Chinese competitor Iconiq Motors, reports the "Handelsblatt".

Kirchert and Breitfeld are former managers of BMW-based BMW. In 2016, they founded Future Mobility Corporation, which wants to establish the Byton brand.

Byton means "Bytes on Wheels". The name should signal that cars should be "smartphones on wheels" and the network plays a big role, a much bigger one, even as a performance.

The company has approximately 1,600 employees in seven locations in China, America and Germany and is worth about $ 4 billion. The headquarter is located in Nanjing, China, where the first production unit is being built; the design studio is in Munich. Software development and activities related to autonomous driving, in turn, according to the company, the branch business in Silicon Valley. The auto company was boosted by the internet company Tencent and the car dealer Harmony of China and the Taiwanese contract maker Foxconn.