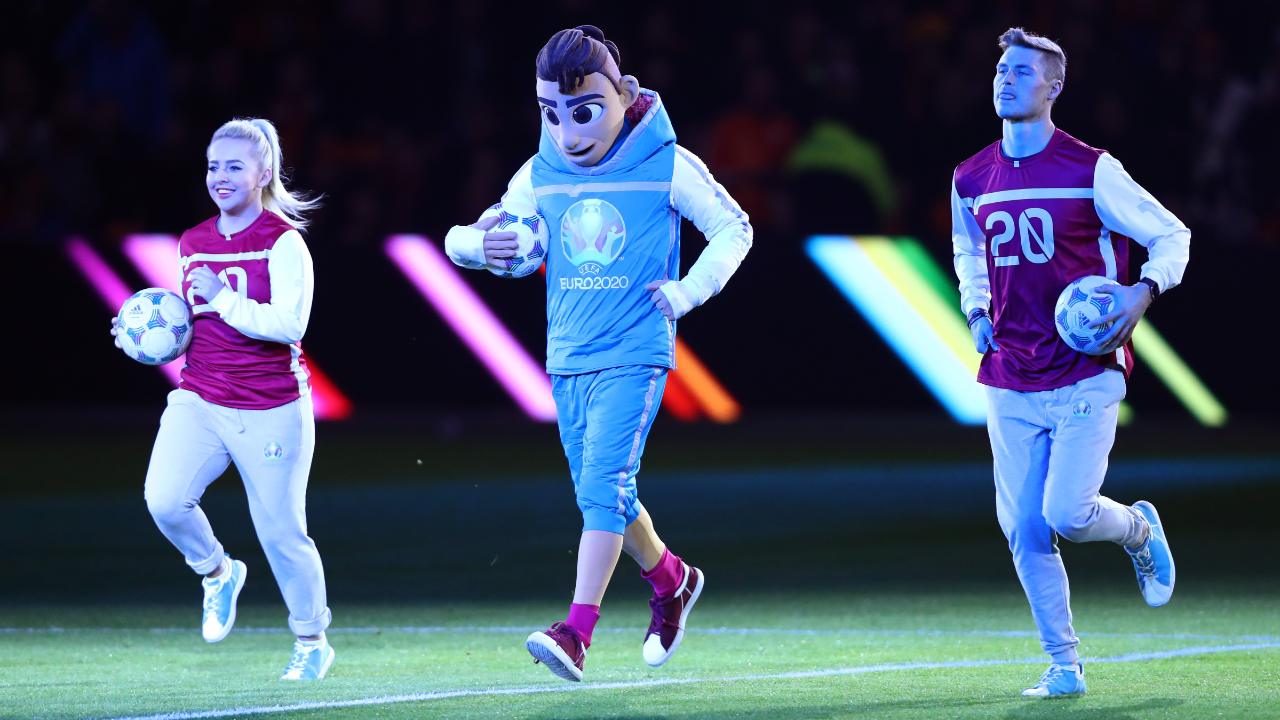 Sunday night everyone was surprised by our zak-magic victory against Holland. But even before 3: 2, many fans wondered – about the new EM mascot.

As part of the qualifying game, UEFA presented the mascot of the 2020 tournament, which takes place for the first time in twelve European countries. The reason for the spread is the 60th anniversary of UEFA. The character who accompanies us constantly is called "Skillzy". And everyone laughs!

In contrast to the great feathered and colorful creatures of the 2016, 2012 or 2008 European Championships, "Skillzy" is a boy with large dark eyes and long hair with a braided recess. In addition, he wears a blue hooded sweater, running pants that ends above the knees and pink stockings. Instead of being cool, many fans find it embarrassing.

Ronaldo sponsored? The name #Skillzy is unimaginative and nervous. I prefer pet-shaped pets with their own personality.

I recommend an appointment with the ophthalmologist. I would do this soon given the waiting time, otherwise he will not be able to reach the European Championship. #Skillzy # Euro2020

What did Uefa think? The mascot was inspired by freestyling, street football and panna culture. Liv Cooke, who presented "Skillzy" and is one of the best freestylers: "If you play in the park or in front of the world, be it football or freestyling, it's about expressing yourself with the ball in the foot."

By the way, interested people from all twelve host countries can sign up. Magic with the ball, video upload. Two freestylers (one female and one male) will be selected for host cities (Amsterdam, Baku, Bilbao, Bucharest, Budapest, Copenhagen, Dublin, Glasgow, London, Munich, Rome and St. Petersburg).