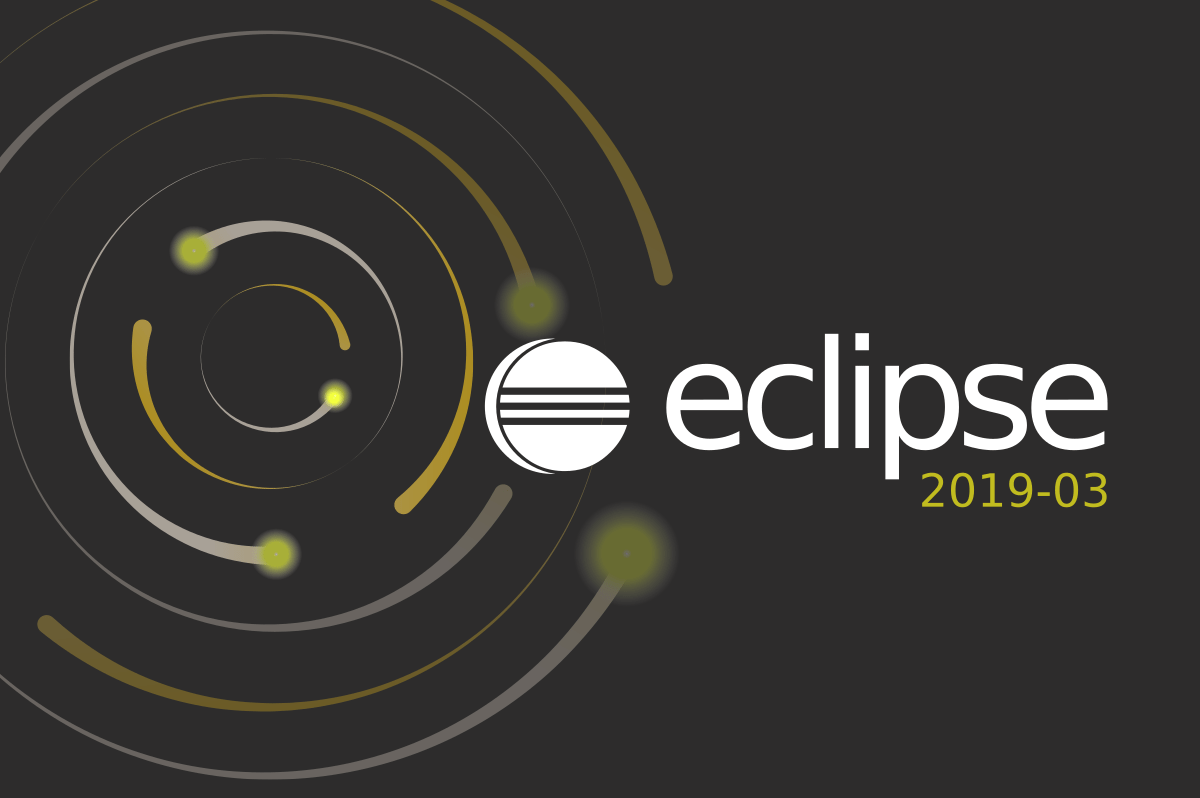 Compared with the previous version, the open source Eclipse 2019-03 IDE desktop, now released for Java, C / C ++, PHP, Rust and other programming languages ​​brings some fundamental revisions. In the release, Git, which is an integral part of all IDE packages, can now sign commits with a PGP key. Speed ​​improvements are notable among other things with commits with thousands of changes.

Dark Theme, the dark mode of Eclipse, has been significantly improved on the macOS version and now looks really good. There are also improvements, for example, in the startup settings. Several environment variables can be copied and pasted together instead of individually.

Java 12 support for after installation

Updated from version 5.3.1 to version 5.4, on the other hand, the JUnit integrated Java test framework and support for it. In addition, Java developers can expect finer granular configuration options for formatting.

Wild Web Developer rides to the future of the LSP

The LSP is being supported by more and more IDEs and publishers. Tasks such as autocomplete suggestions are outsourced by the IDE or the publisher through the standardized protocol for a locally installed application, the Language Server. With the same Language Server, support for a specific programming language or file format can be obtained for a variety of IDEs and editors that support LSP.

Further details are available on the site for the Eclipse 2019-03 release. To upgrade an existing IDE to 2019-03 is in Window | Preferences: Install / Update | Available update sites checkmark "Latest version of Eclipse" and Terms of Use | Check updates run. For a new installation, the Eclipse installer can be used or a single IDE package can be downloaded directly. Java is required to run Eclipse, which unfortunately is still missing from IDE packages for licensing reasons.
(Holger Voormann) /