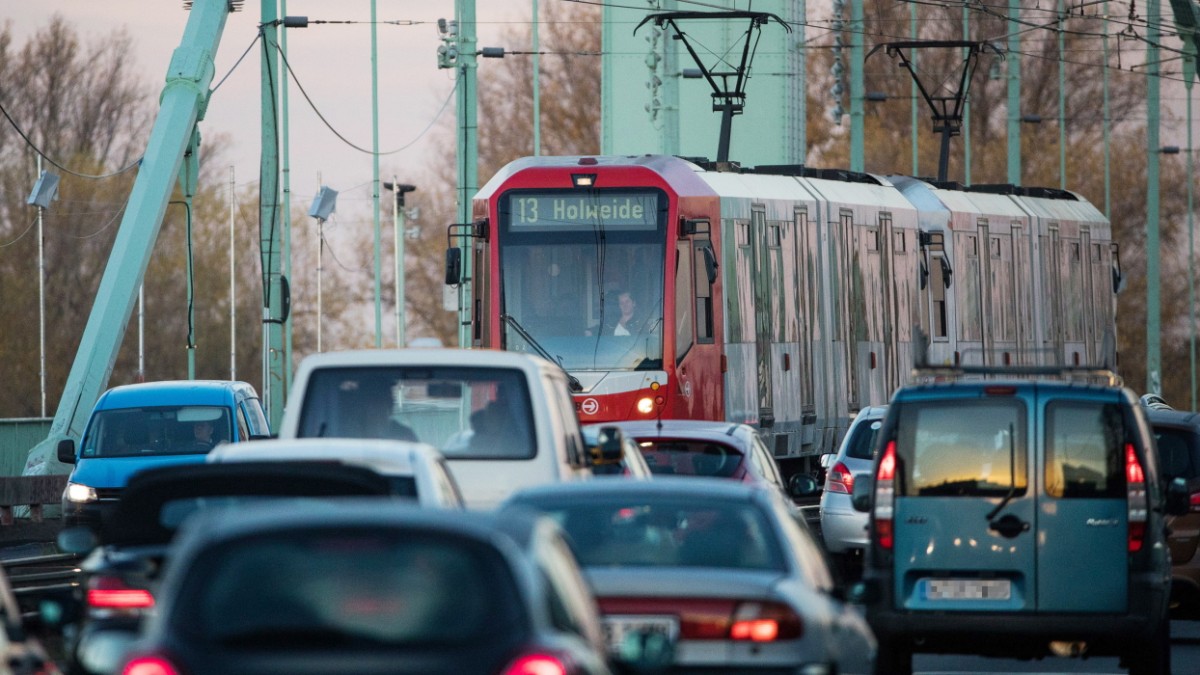 The cities of Cologne and Bonn have to impose a ban on driving older diesel cars in April 2019 because the air along several arterial roads is heavily polluted. This was decided by the Cologne Administrative Court. For Cologne, the driving ban is limited to a specific environmental zone, in Bonn there will be road-related driving bans on two busy roads. In Cologne are from April 2019 initially Euro-4 class diesel vehicles or worse is not allowed to drive to the city center and other parts of the city, from September 2019 to the restriction apply to diesel Euro 5 .

Cologne is after Hamburg and Berlin the third German metropolis in which diesel cars could be blocked. German environmental aid had sued the country of North Rhine-Westphalia. Now she is celebrating her victory: "Another slap in the ears of the government controlled by the diesel companies: only the courts defend the continuity of the existence of the rule of law," the verdict comments.

According to a European Union specification, air may contain, on average, no more than 40 micrograms of nitrogen dioxide per cubic meter. 65 German cities exceeded this limit last year, as reported by the Federal Environmental Agency. In Cologne, the highest mean value was 62 micrograms. Only in Munich and Stuttgart did the authority find even greater burdens. Bonn also exceeded the limit, with up to 48 micrograms per year. The Federal Environment Agency collects corresponding data from more than 500 measurement stations throughout the country. Although diesel cars emit less carbon dioxide than gasoline vehicles, they emit more nitrogen oxides.

In February, the Federal Administrative Court paved the way for driving bans, classifying the appropriate locks for older diesel cars as fundamentally justified. Hamburg was the first city to block individual routes to older diesel engines. Meanwhile, the courts have also issued driving bans in Berlin, Frankfurt am Main and Stuttgart, which could come into force shortly if the problem persists in cities.

In NRW, the continuation of endangered bans

The city of Bonn has already introduced a new clean air plan to avoid the driving bans yet. Accordingly, the former federal capital wants to completely change its bus fleet to electric propulsion by 2030, thereby saving on pollutant emissions. Bonn's public transport also plans tighter beats and an annual ticket, which should cost just one euro per day.

The Cologne district government, meanwhile, is still working on a new clean air plan for the mega-city. According to her own information, she needs more data to calculate whether driving bans in Cologne would be proportional – this presupposes Leipzig's basic decision.

In NRW could still push the bans. Next week, the Gelsenkirchen Administrative Court will negotiate possible driving bans in Bochum, Dortmund, Essen and Gelsenkirchen. In North Rhine-Westphalia alone, Deutsche Umwelthilfe filed or announced proceedings against 14 cities that exceeded the limits of nitrogen oxide.

The state government of North Rhine-Westphalia, however, announced that it would proceed against the driving bans now imposed. "It is a massive intervention in the traffic structure of the city of Cologne, with very significant implications for the residents, passengers and the entire commercial area of ​​the city of Cologne," said NRW Environment Minister Ursula Heinen-Esser. The General Court has not raised the question of the proportionality of such a comprehensive decision. "That's why we will appeal, of course."

Even the mayor of Cologne, Henriette Reker (independent) and the mayor of Bonn Ashok Sridharan (CDU) criticize the prohibitions of driving in their cities. Reker speaks of "very serious restrictions in the daily lives of many who depend on their automobiles". Sridharan describes the verdict as a "blow to the population and the place of business."