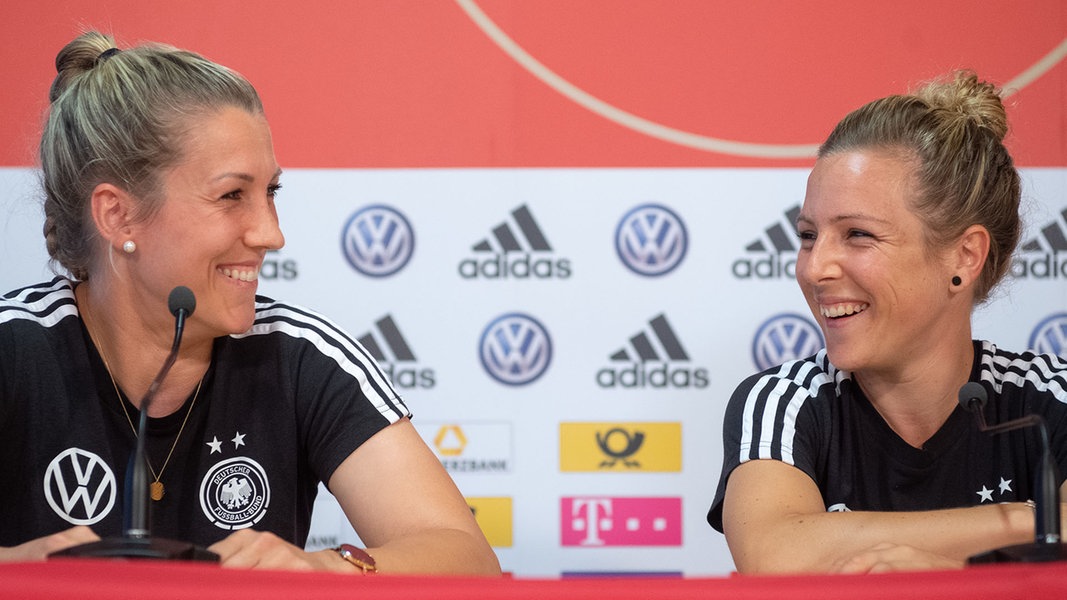 All are waiting for their opponents in the last 16 – the German side eagerly awaits the group's last matches.

"We are happy to finally know who we are going to play in the last 16 on Saturday," said Svenja Huth, when he met the team on Thursday (20.06.19), along with his team-mate Verena Schweers at the press conference of the DFB. introduced.

Waiting for the opponent currently determines the mood in the German team, but the negative consequences for motivation for training Verena Schweers does not see: "We do not want in any way too extreme for the opponent, but rather work on our game," said the defender .

Satisfied with the history of the World Cup – "remarkably increased"

Overall, German players agree on the history of the previous World Cup: "We are very happy with the preliminary points yield of the preliminary round we would win all three games, was not expected before the tournament," said Schweers. And Huth added, "We have improved a lot in the last few days, we are very happy about this, but we also know that each one is capable of doing more."

When asked about an opponent, the two players agreed, "We do not care who's coming," Huth said. And Schweers added: Let's focus on our own game. "